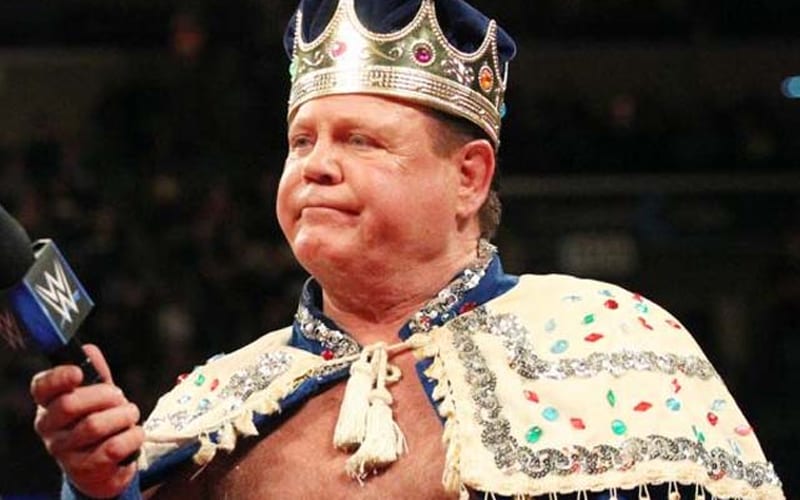 Jerry Lawler tweeted out two advertisements for Tennessee-based Action 24/7, a sportsbook company, which featured him in their ads. This caused a competitor across the country to take legal action.

According to the Tennessee Star, BetMGM, a Las Vegas based sportsbook company, is claiming trademark infringement after The King tweeted out those photos last week. The ads caused a cease and desist letter to be sent on behalf of BETMGM.

The WWE Hall Of Fame announcer posted two photos of himself wearing his signature robe and crown. The ads say: “The Real King of Sportsbooks.” The Action 24/7 logo also appears next to him.

In the cease and desist letter, it is reported that BetMGM said they “own extensive rights in the trademark THE KING OF SPORTSBOOKS (the ‘BetMGM Mark’) in connection with sports betting services and mobile gaming applications.”

It is claimed that promotional activities such as ones made by Action 24/7 are trademark infringement. The letter went on to reportedly say: “any use of the BetMGM Mark or a confusingly similar variation that misleads the public by creating a false association and/or suggests an affiliation or endorsement between BetMGM and Action 24/7 violates BetMGM’s federal and state trademark rights.”

Action 24/7 spokeswoman Tina Hodges reportedly said that BetMGM doesn’t have a case against them; because Jerry Lawler has gone by “The King” for almost 50 years now.

“I guess they (BetMGM) don’t know much about Tennessee or anything about Jerry Lawler.”

“People in Tennessee love Jerry ‘The King’ Lawler, and he just wanted to let them know that there is only one king in Tennessee. That’s him.”

They went on to say that this cease and desist letter is a “classic case of a big international casino and hotel chain with a high-priced attorney sending a threatening letter to a hometown startup.”

Jerry Lawler isn’t in any trouble for using the nickname he has went by for 50 years, but Action 24/7 might have to explain this in court if BetMGM continues to pressure them. 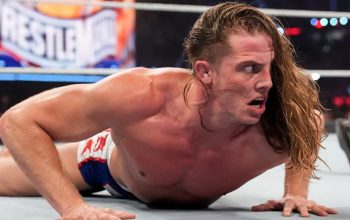 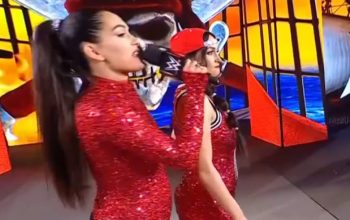