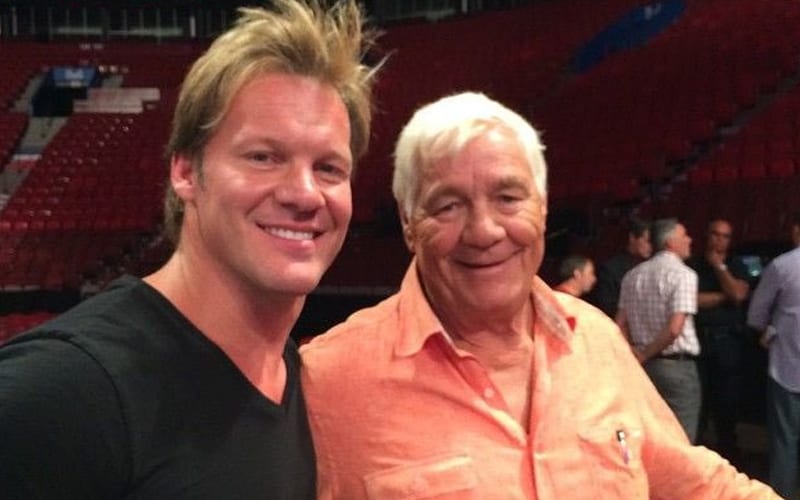 Pat Patterson’s passing affected those all over the pro wrestling industry. Chris Jericho has a busy night tonight as AEW prepares for Winter Is Coming, but he had to pay respect to a lost legend.

Plenty of reactions have poured in throughout the pro wrestling world and we invite you to check out an extensive collection here.

Chris Jericho and Pat Patterson are both Canadians, but more than that, Le Champion considers Patterson “the Yoda to my Luke.” Patterson was there for so many moments throughout Jericho’s WWE career, and the magnitude of Patterson’s influence on Jericho’s career was great.

#PatPatterson was the #Yoda to my Luke. He taught me 90% of what I know about putting together a wrestling match. He was a confidant, a mentor, a collaborator, a comedian, a singer and most importantly… a friend. I love you Pat…this hockey puck is gonna miss you.

Pat Patterson will surely be an emphasis during a future episode of Talk Is Jericho, The Million Viewer Man’s weekly podcast. Stories about Pat Patterson’s influence on the pro wrestling industry are endless, and plenty are sharing the impact he had on their careers today. It’s likely that they will never stop.