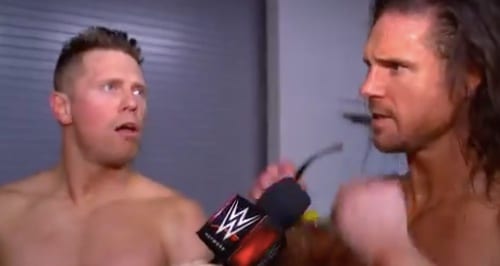 AJ Styles is set to square off against Drew McIntyre for the WWE Championship after his big triple threat win on WWE RAW last night.

However, one man who is always going to be lingering in the background is The Miz – also known as Mr. Money in the Bank.

After Styles managed to thwart Miz’s attempt to cash in on McIntyre last night, Miz & Morrison were quick to explain why they were so frustrated with The Phenomenal One.

Regardless of who the champion is by the time TLC rolls around, you’d have to imagine they won’t be quite so kind to AJ when their paths next cross.