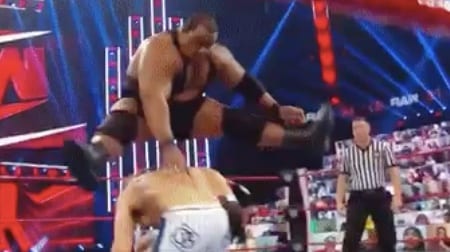 Keith Lee gave it everything he had on RAW last night in his attempt to become the number one contender for the WWE Championship, but in the end, he and Matt Riddle came up short as AJ Styles earned his shot at Drew McIntyre.

While The Phenomenal One was the man to have his hand raised at the end of the match, Lee still put in a performance that proved why so many people believe he has what it takes to be a world champion one day.

After the dust had settled, Lee took some time to reflect on the loss on social media.

While he may be disappointed, this definitely feels like the beginning of a big main event run for Lee.