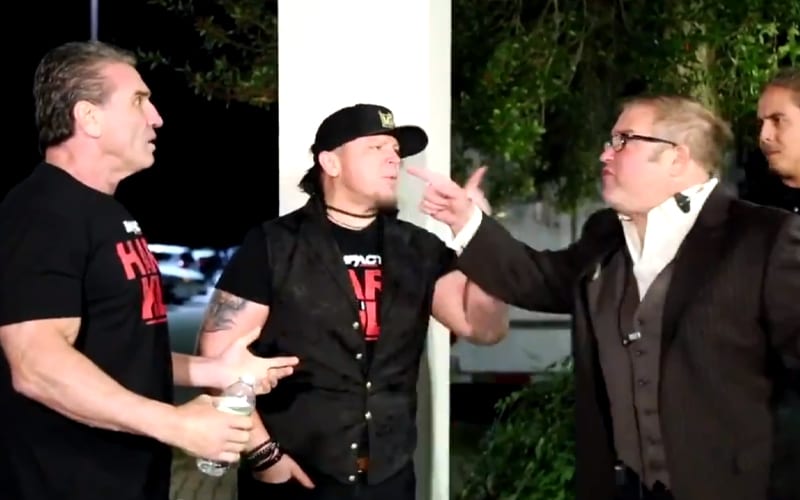 Ken Shamrock and Sami Callihan were trying to get in the building for Impact Wrestling this week, but they were stopped at the door. Then Shamrock was given a 30 day suspension.

Impact Wrestling has a few stars who might or might not be back next year. Click here for more information about how they filmed multiple angle endings due to that possibility.

Scott D’Amore met Shamrock and Callihan at the door, and he was furious. The two were very violent last week with Eddie Edward and D-Lo Brown. D’Amore didn’t suspend Callihan, but he gave that stiff punishment to Ken Shamrock.

The World’s Most Dangerous Man was furious about this decision from Impact Wrestling management. Callihan had to settle him down as he told Shamrock to take a vacation.

Ken Shamrock left, but he also made a promise to throw hands upon his return. We’ll have to see if 2021 will see the return of Ken Shamrock to Impact Wrestling, but he didn’t leave happy.