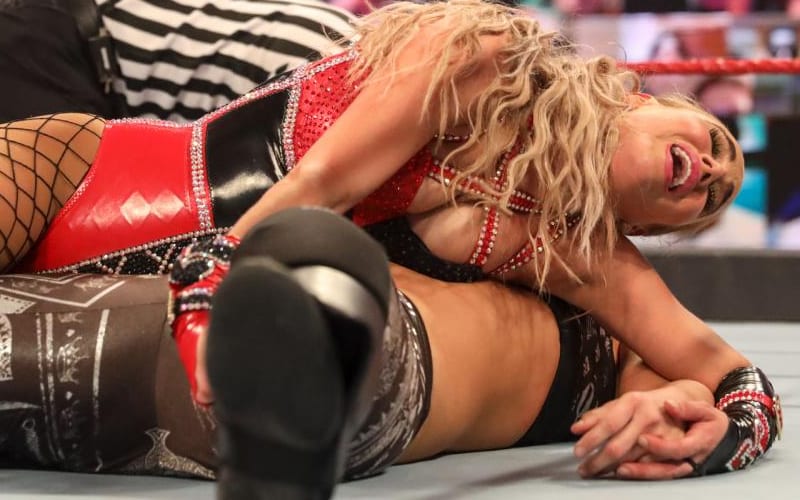 Lana and Asuka are on their way to TLC where they will get a shot at the WWE Women’s Tag Team Championships. That match hasn’t been made official by the company yet, but it is on the company’s grid for the event.

Miro said that he got Lana some ice, and kept her leg elevated. Shayna Baszler must have done a number on Lana’s ankle during their match on RAW this week.

“She will be back. She will push through.”

Lana’s ankle might be a big banged up, but she’ll fight on. It’s unclear what it will take to stop Lana at this point. After weeks of bumps through the announce table, it’s likely that she’ll be able to get through a sore ankle.