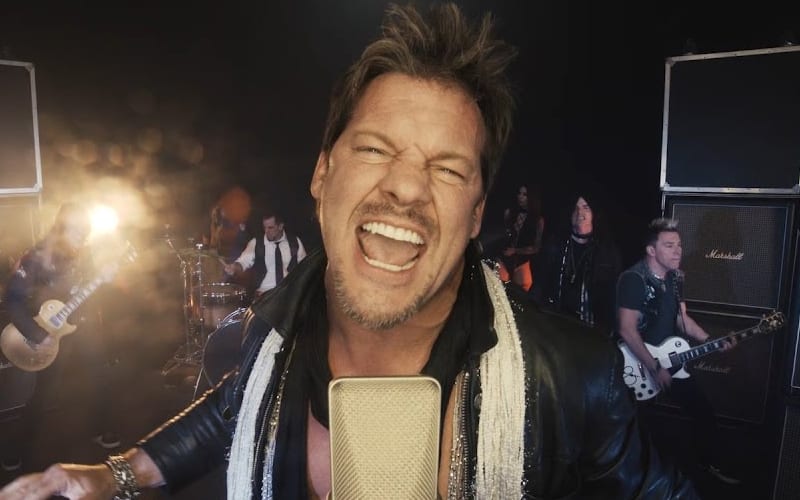 Chris Jericho’s band Fozzy performed his entrance music, and “Fozzy” is a hit in and outside of the pro wrestling business.

The Million Viewer Man recently spoke to Sitting Ringside about Fozzy’s hit song. His AEW entrance music is about it hit a big milestone.

Gone are the days when people actually bought compact discs. Those 500,000 units have now turned into 75 million streams to turn a record gold. “Judas” is about to hit that mark.

“On iTunes, we are getting really close over probably the next 6 months where Judas is going to go gold.  A gold record in this day and age is almost impossible. It’s not based on sales. A gold record before was based on 500,000 units for the song. Now it is based on 75 million streams.”

AEW fans love singing “Judas” every week as Le Champion makes his way to the ring. Those fans are obviously playing the song a lot more time than that because Fozzy is about to break a massive number for their hit single.

In case you can’t get “Judas” out of your mind, you can check out the video, which is currently at 44 million views, below.