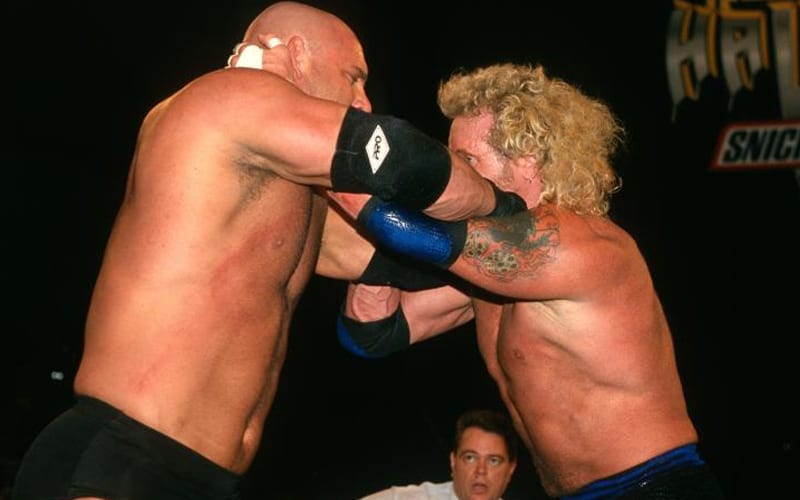 Goldberg’s undefeated streak still lives on in the memory of so many fans. They will also never forget how it ended, but things were almost very different.

Dusty Rhodes and DDP were very close, and The American Dream wanted to do something special to get DDP over. He wanted DDP to win the WCW World Title at 1998’s Halloween Havoc event.

DDP revealed to Inside The Ropes that Rhodes went to Eric Bischoff and pitched the idea to him. Things didn’t turn out that way because WCW was set to have that title featured on Entertainment Weekly and TV Guide. If DDP would have been able to beat Goldberg he believes it would have taken him to a “Steve Austin level.”

“That night, I never knew it until later, But Dusty Rhodes went to Eric and said… [Impersonating Dusty] “You know, E, this night tonight could be Dallas’ night.” And Eric didn’t drop the strap on me that night because Goldie was going to be on Entertainment Weekly, big magazine in our country, and TV Guide, when that meant something, wearing the title the next day. What would have been great as if I’d have heard that. Oh, my God, I would have… Because it made sense for me to beat him. And it would have just bumped me up to that Austin level. It would have, really. Especially to beat him clean. It would have taken me to a different spot.”

WCW decided not to have DDP beat Goldberg that night, but they did pull off his first loss later on. If DDP would have beat Goldberg then they wouldn’t have needed to use a taser either.

You can check out the interview and the match below.