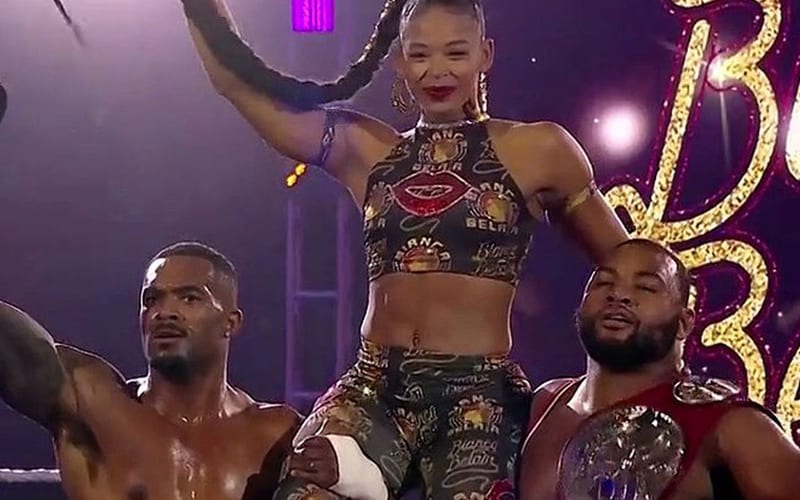 Bianca Belair is a legitimate athlete who is ready to take the WWE roster by storm. After her NXT call-up, she was happy to announce that she “goes here now,” which was a joke from Mean Girls. Belair’s potential is no joke at all.

Paul Heyman pulled for Bianca Belair in a big way while he was Executive Director of RAW. He saw big things in her and the Street Profits. While he was on Talking Smack, Heyman had a chance to put Bianca Belair over just because he could.

“I would be remiss if I didn’t also let Bianca know — and I think she knows this, quite well — you’re the future of this division. And that’s a word that’s thrown around a lot here, ‘Oh, I’m the future this’ — but you are. You are an athlete with amazing credentials, you bring those credentials and credibility to WWE.”

“And what you do is truly worth of the tagline: ‘The EST of WWE.’ I am in awe of the magnitude of your talents. You know my feelings about The Street Profits. Those same feelings are bestowed upon you, too.”

Paul Heyman was on Talking Smack to represent the Tribal Chief as his Special Council. Heyman couldn’t resist the opportunity to praise Belair and become her advocate for a moment, even if Roman Reigns didn’t command it.

The story is just getting started for Bianca Belair in WWE. Odds are we’re only scratching the surface of her true potential.