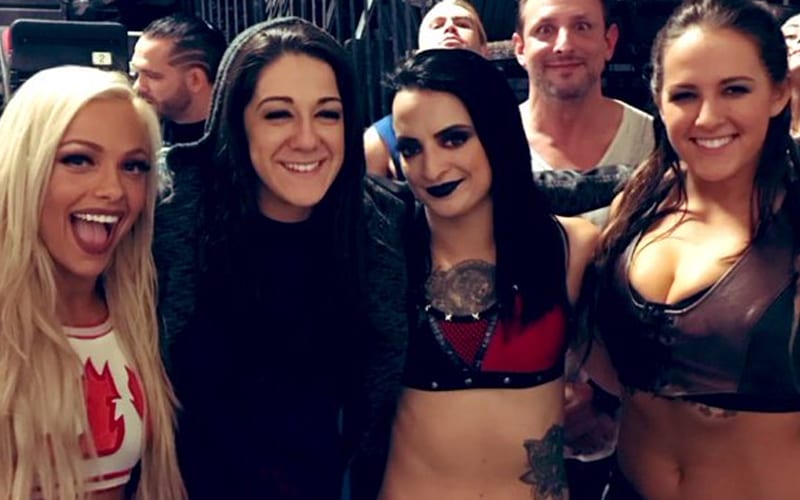 The Riott Squad were split up by a Superstar Shake-Up, but they are back together as a duo. Sarah Logan was released from WWE on April 15th, but the three of them made plenty of memories during their time as a trio. Bayley remembers that time as well.

The Liv Forever special is getting a lot of hype. Liv Morgan can’t wait for fans to see what really happened during the past 16 months of her life.

Bayley tweeted out a photo of herself with the orginal Riott Squad. She also included a caption that let fans know how important she thinks they are.

The women’s division is better because of the Riott Squad.

Liv Morgan said that she wants to re-write history with a newly reunited Riott Squad. We’ll have to see what’s in the future for them, but Bayley is likely going to continue paying close attention to what they do.