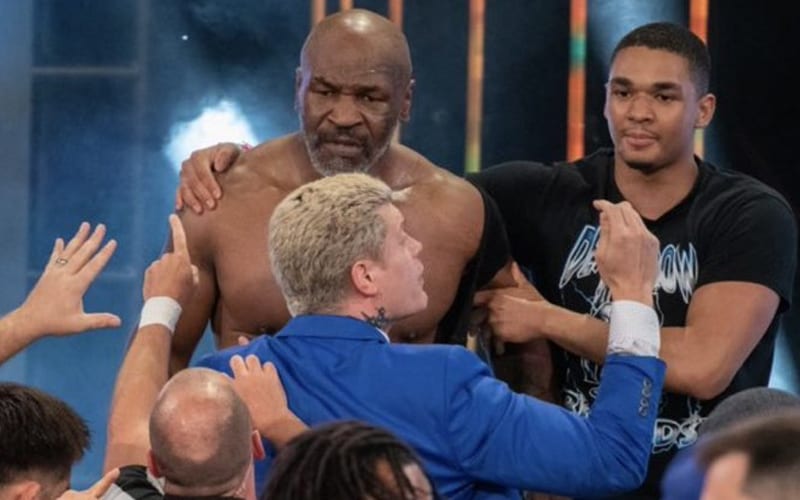 Mike Tyson is set to take on Roy Jones Jr in a boxing match tonight. The match isn’t for any titles, or even points, but Iron Mike has some big support in AEW.

Tyson has appeared on AEW programming a couple of times, and he teased a feud with Chris Jericho. Le Champion wants a boxing match with Tyson, but they didn’t work anything out for Full Gear or All Out. Tyson had his fight with Jones Jr to worry about.

Isiah Kassidy of Private Party posted a photo of himself with Mike Tyson on Dynamite as they did that big pull apart. Kassidy said: “Y’all know who I’m rocking with tonight!” Obviously, Isiah Kassidy is rooting for Tyson.

We’ll have to see if Mike Tyson finds his way back to AEW. It seems plausible, but the company has also recently teased Shaquille O’Neal participating in some sort of an angle.

2021 could be a huge year for AEW pulling in some big name special guests.