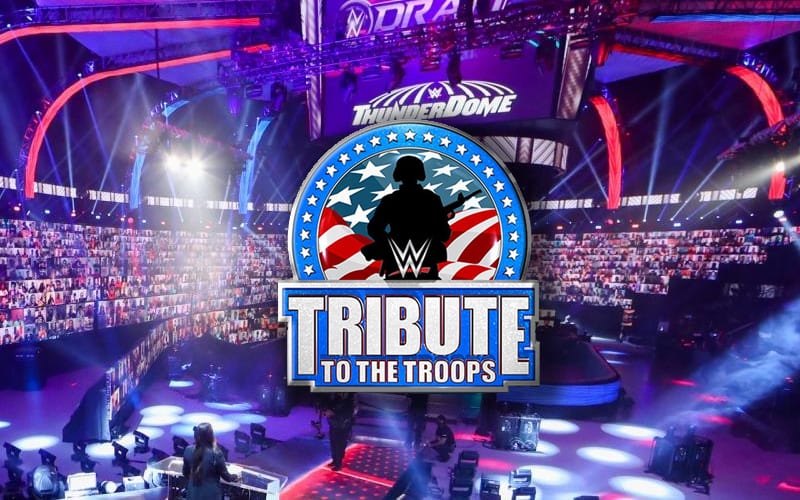 WWE published information about their upcoming Tribute To The Troops taping. It was noted on the ThunderDome website that: “You will receive an email on either Wednesday 2 December or Thursday 3 December with a custom link specific to you. Do not share your link.  Click on the link to join promptly at 1100 ET. You will be asked to join promptly at 1100 ET.  WWE Tribute to the Troops will take place at 1130-1300 ET.  Please be prepared to participate in the entire taping.”

It was previously reported that WWE needed to be out of the ThunderDome by December 5th, and their lease runs out on Wednesday, November 25th. Apparently, WWE has been able to get a small extension on their stay in the Amway Center.