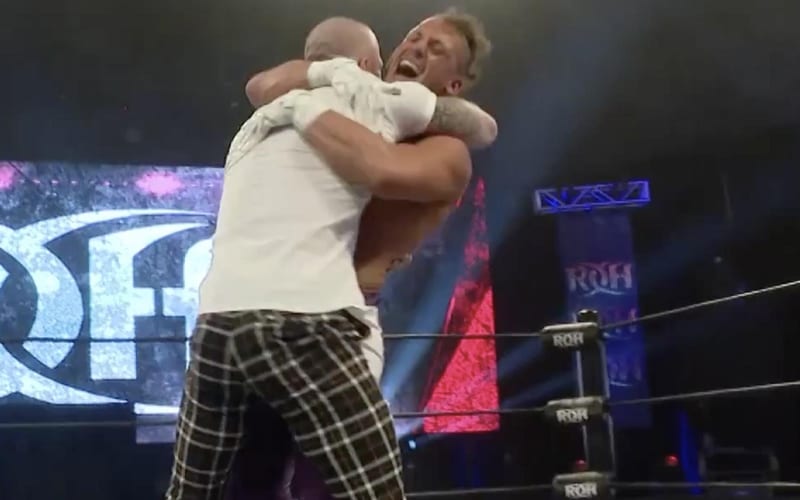 WWE released Mike Kanellis from his contract on April 15th, but now he is back in his former stomping groups. He has also reformed a former union with Matt Taven.

During ROH’s television show this week, Matt Taven took on Bateman. Following the match, which Taven won, Bateman attacked Taven and hit a tombstone on him.

Vincent then started cutting a promo on Matt Taven, calling him embarrassing. He said there is not another person in the arena, but he is still desperate for attention. He then told Taven that he will never get the approval he seeks, and his legacy is a failure.

When Vincent was about to throw a dart into Matt Taven’s chest, the lights went out. When they came back on, Mike Bennett was in the ring. Bennett ran Vincent off and then he hugged Matt Taven.

It appears that the Kingdom is back in ROH. Maria Kanellis was not featured, but you can never count her out from appearing down the line