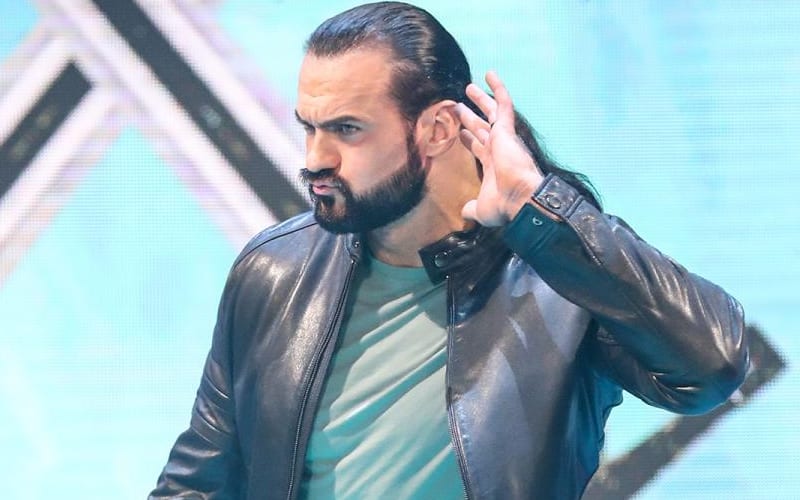 WWE will sometimes change a Superstar’s entrance music several times throughout their career. Some Superstars get a song and it never leaves them. Drew McIntyre’s old entrance music “Broken Dreams” is still a fan favorite that many would love to hear again, including the King of Claymore Country himself.

The Scottish Warrior appeared on The Battleground Podcast where his old entrance music came up in the conversation. He has “visions” of WWE allowing him to use that song in a special setting. Obviously, that hasn’t happened yet.

“Personally, I have visions of it coming back for a special occasion and then hopefully releasing it for download because it is talked about all the time. It was such a popular song. I personally think it’s great. If you look up the ‘Broken Dreams’ lyrics and check the story, it kind of matches my career story, which is interesting. It’s just a little slow for me, right now. I love the bagpipes and war music. It doesn’t quite match the current Drew McIntyre, but I do want to bring it back for special occasions.”

Shaman’s Harvest, a band from Jefferson City, Missouri, wrote and recorded “Broken Dreams.” They are the same band who did “End Of Days” for Wade Barrett and The Corre.

WWE gave a new entrance track to McIntyre eventually, and they might not have any intention of bringing back “Broken Dreams.”

You can check out the track below and try to imagine Drew McIntyre making his way to the ring during a big moment. It’s nice to picture, but WWE might not be so willing to make it happen.