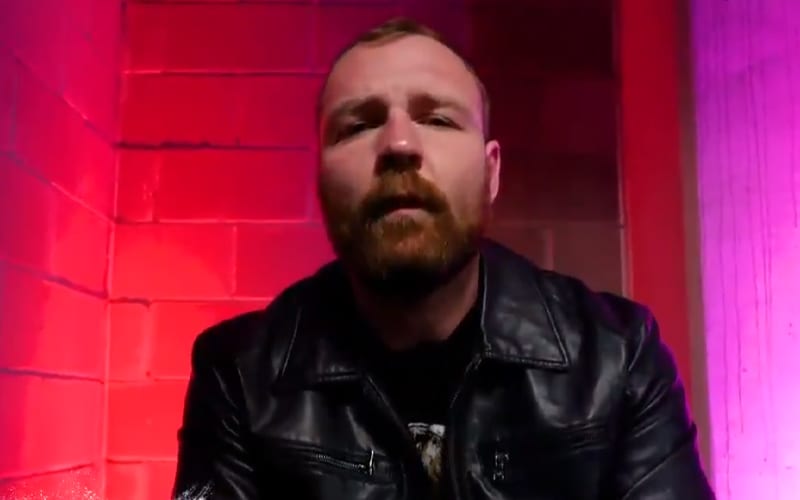 Jon Moxley and Renee Paquette are expecting a baby. This is very happy news, and Mox announced it in a rather unconventional way. He simply referenced his pregnant wife at home while cutting a promo on AEW Dynamite.

Moxley did not intend on announcing their pregagncy publicly according to the Wrestling Observer Newsletter. He watched many celebrity Instagram videos of their pregnancy announcements and he found them “gross and pretentious.” His original idea was “it’s nobody’s business.”

He then realized that an announcement needed to be made because they are both in the public eye. The idea to reveal this big news during an AEW promo apparently came to Moxley at 2:00 AM on the night prior to Dynamite.

Then at 2 a.m. before the show, he came up with the inspiration to do a promo about his dad, which, by the way, was 100 percent real. On the morning of the show, when he woke up in Jacksonville, he decided he could tie it in, texted her at home and told her about it and that her phone would be exploding that nigh

The promo that Jon Moxley cut about his own father was totally legitimate. He spoke from the heart, and he also had a little something to reveal in the process. Things worked out, and the announcement was made. Renee Paquette also accidentally let Bayley know about it beforehand when she thought she was texting Moxley.