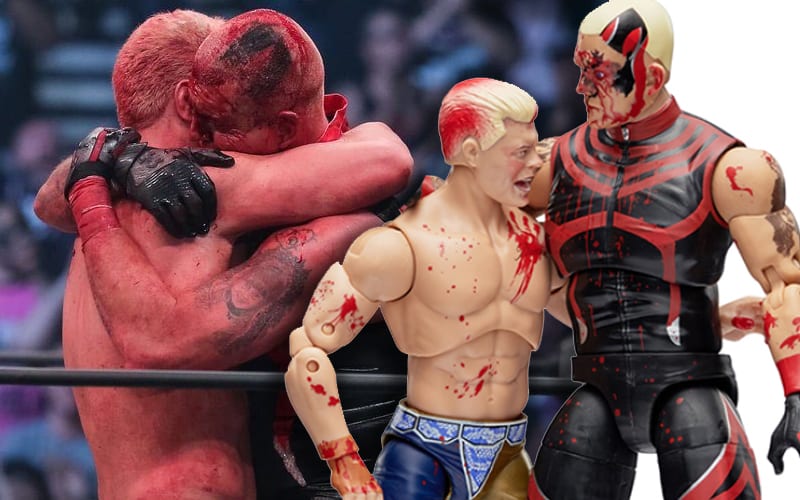 AEW’s first official pay-per-view Double Or Nothing included a match that had a lot of fans crying, if not on the verge of tears. Cody Rhodes defeated his brother Dustin Rhodes in a bloody encounter that put AEW on the map in many ways. Now fans can enjoy that bloody spectacle whenever they like in action figure form.

A bloody hand print can be seen on Cody’s chest, and his hair has his brother’s blood all over it. The packaging appropriately says: “Blood Brothers” on it.

They are currently selling these packs for pre-order with an anticipated December release date. If this is like any other AEW action figures they will certainly sell out.