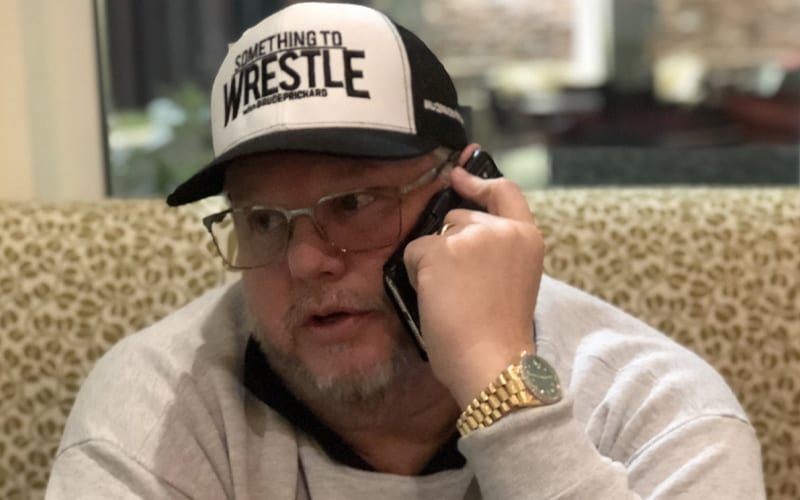 WWE doesn’t allow their talent to take part in third party deals, but that’s not the same for everyone backstage. Bruce Prichard, Executive Director of RAW and SmackDown, never quit his podcast. He was able to make a special arrangement.

During Wrestling Observer Radio, Dave Meltzer brought up how a lot of people have wondered how Prichard kept his “Something To Wrestle” podcast going. It was said that Prichard and Vince McMahon came to an agreement in the situation.

Bruce Prichard told Vince McMahon that he would come back to WWE, but he wanted to keep his podcast. McMahon agreed that he could do that as long as he doesn’t talk about “current WWE.”

It was noted that a lot of talent looked at the situation unfavorably. Bruce Prichard is an actual employee and he gets to keep his outside podcast, but they’re independent contractors and cannot take part in third party activities.

Bruce Prichard did stop doing live shows with his podcast, but then the pandemic cancelled live shows for everyone. He has continued to keep his podcast, but he doesn’t talk about current WWE backstage stories. Instead, he generally focuses on topics during his first run with the company from years ago.