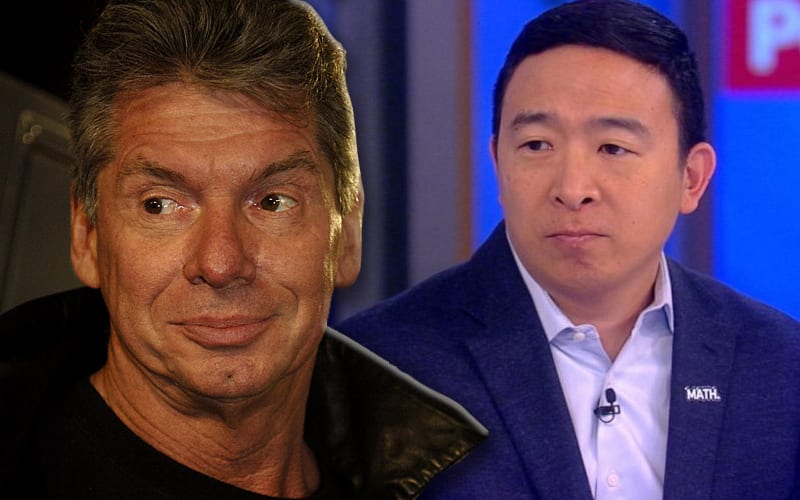 WWE Superstars are seen by millions of fans every week. They star in one of the highest rated television shows on USA Network, and primetime every Friday on Fox. Unionizing might come sooner than some think in Vince McMahon’s company.

President of SAG-AFTRA Gabrielle Carteris said that they will engage in conversations with pro wrestlers, and she didn’t limit that statement to just WWE Superstars. Andrew Yang commented on the possibility of those entertainers joining the Screen Actors Guild, and it just makes sense to him.

Pro wrestlers joining SAG-AFTRA makes a lot of sense to me. They star in some of the highest-rated shows on TV each week.

Vince McMahon has fought the idea of unionizing for decades. WWE considers their talent as independent contractors, even though they hold talent to countless standards that aren’t typical of independent contractor deals. We’ll keep a close eye on this ongoing situation, because things could get pretty interesting.