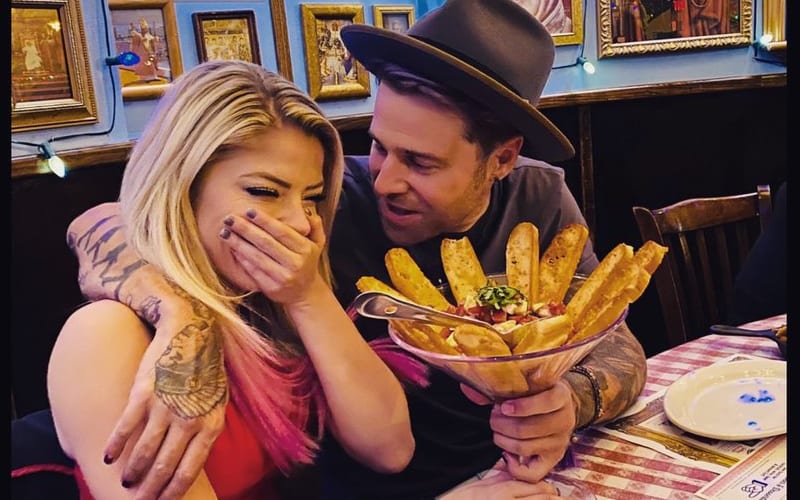 Alexa Bliss said: “Yes,” and now she is set to become Mrs. Ryan Cabrera. The singer popped the question to his now-WWE Superstar fiancé as they were out for a Saturday night date. WWE is very happy for them.

The company sent out a congralatory message for Bliss and Cabrera after the news broke of their engagement. Plenty of fans were very happy for them, but some are sore that Bliss and/or Cabrera are even more off the market than they were before.

In the company’s short write-up about the happy occasion, they said: “It was a true ‘Moment of Bliss,’ as Alexa Bliss and Ryan Cabrera were engaged last night.”

Bliss and Cabrera seem like a great couple, and they have a ton of fun. Halloween was a big night for them as they dressed as Napoleon Dynamite characters. Now they get to plan many more matching outfits for years to come.

Congratulation to the happy couple once again from everyone here at Ringside News.