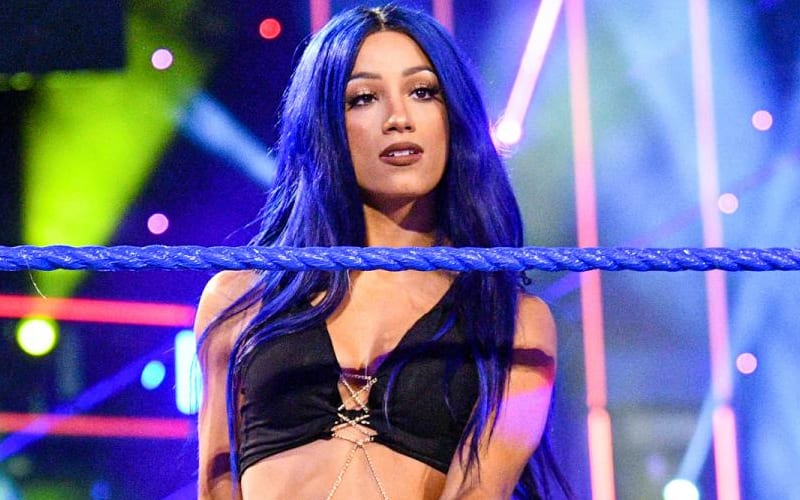 WWE held their first-ever all-female pay-per-view on October 28th, 2018 in Uniondale, New York. They have yet to throw a second event despite so many fans and talent clamoring for them to do so.

While speaking to Digital Spy, Sasha Banks expressed her desire to have another Evolution pay-per-view. She wants it to absolutely happen again. Banks also said how important that event is for fans who don’t understand why there hasn’t been a sequel for that landmark pay-per-view event.

“[Evolution] is something I absolutely want to happen again. It’s just something that I think was so incredible for the women and for the fans that I don’t understand why there hasn’t been a second one yet.”

“But it definitely can happen in the future and whenever it does happen I think it will be better than the first.”

WWE has discussed holding another Evolution event since that first pay-per-view, but they obviously haven’t gone through with it. Right now isn’t the best time to hold such a show as huge names from their women’s division such as Ronda Rousey, Becky Lynch, and Charlotte Flair are all out of action for one reason or another.

It’s not impossible to assume that WWE will hold another Evolution pay-per-view, but they need to make it special in an attempt to capture lightening in a bottle once again.