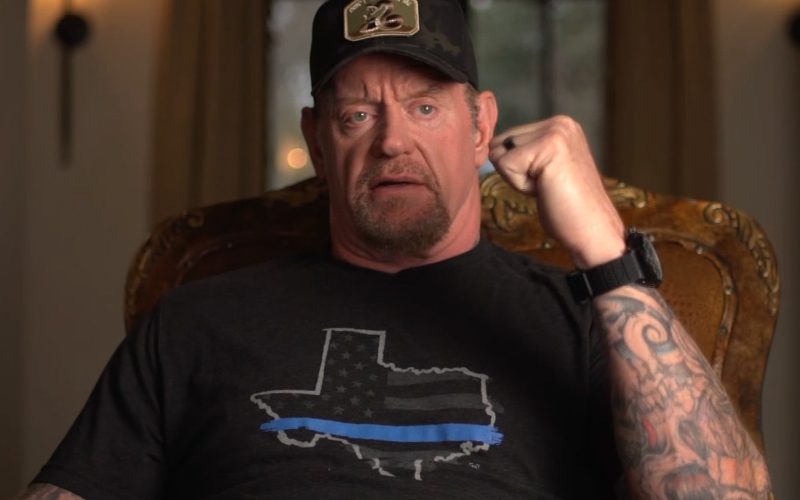 WWE used to be the land of big men. There are still monster around, but the CrossFit lifestyle and cross-over athletes that make up the WWE roster now is a much different world from how The Undertaker remembers things.

While speaking to Yahoo, The Undertaker got a little honest about some recent WWE Champions. He didn’t call anyone out by name, but he isn’t buying some of them as “his champion.”

“”It doesn’t necessarily have to be a big guy big guy, but we have stretched the realms of reality sometimes with some of our champions. When you see some of the guys that they have to work with, it’s like, OK, I get it, we’re sports entertainment — BUT. My whole goal when I went to the ring, I don’t care if you’re smart, not smart, whatever, when I’m in the ring I want people thinking, ‘This dude’s legit.’ And if I hit somebody, I want people in the front row going, ‘No, dude, he hit him. I don’t care what happened in the match before, he just lit him up. This is on.’ So it’s hard because we’re kind of starting to get a little bit of an influx of big guys, but it’s just kind of where– because there’s so much new talent, you can’t put the title on a guy just because he’s big. And back in the day, man, we had tons of big guys that could go and could carry it and do that.”

“So it’s more of a guy that kind of fits in the middle of the road. A guy that you’ll believe working with a big guy but can also work with a little guy. But there are certain guys that have had — I won’t bring in names — but it’s just like, yeah, I just don’t buy it. I don’t buy this as my champion. And it’s not any fault of their own, other than they’re physically not able to match up against certain people.”

The Undertaker was a locker room leader for a long time, and now that locker room is very different. It would be interesting to know who The Undertaker doesn’t see as “his champion,” but maybe that information will be included in a future shoot interview, perhaps one with a lot of Jack Daniels involved.