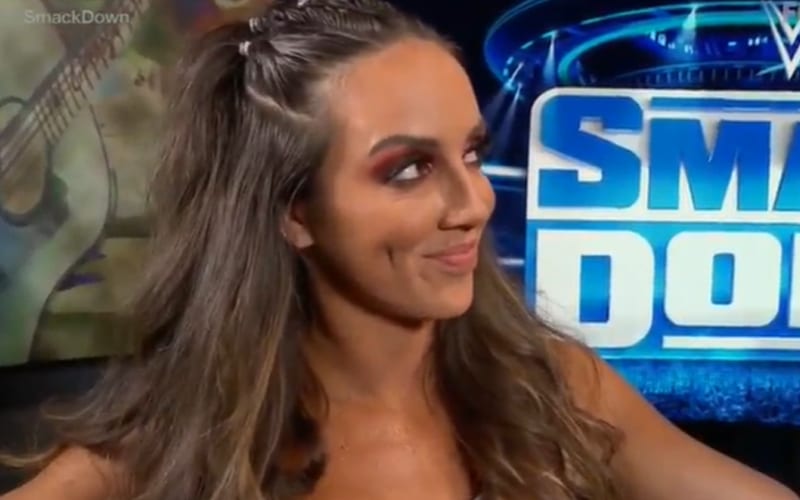 WWE called Chelsea Green up to the main roster in December, but she was sent back to NXT for a short stint with the Robert Stone Brand. She was dropped from that angle, and now she’s officially on the main roster.

Chelsea Green made her WWE main roster debut during SmackDown this week. She appeared in a backstage segment as Natalya was upset about having to compete for a spot in the women’s team at Survivor Series.

Adam Pearce turned around after talking with Natalya, and Green was there smiling away.

A triple threat match between Natalya, Liv Morgan, and Tamina was changed to a fatal four-way match with Green being inserted into the mix.