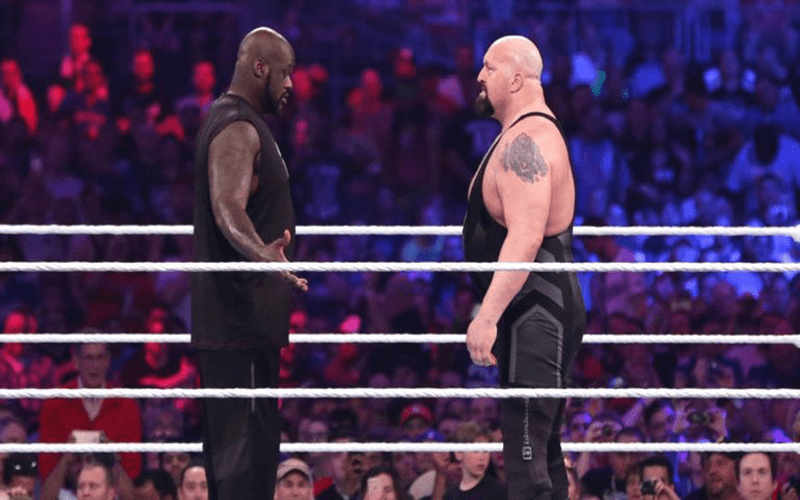 From an episode of RAW over a decade ago to WrestleMania 32 and beyond, The Big Show and Shaquille O’Neal aren’t exactly strangers to one another.

For a long time now we’ve heard the rumblings that they would be paired up for a blockbuster match at WrestleMania, but the closest we got to a showdown between them at the showcase of the immortals was when Shaq entered the Andre The Giant Memorial Battle Royal in 2016.

Now, though, it seems as if Show is ready and willing to run it back.

Great stuff! I’m down for more!

At the age of 48 we aren’t likely to see Show compete on a regular basis anytime soon, but he’s always been a great choice for a fun celebrity match.