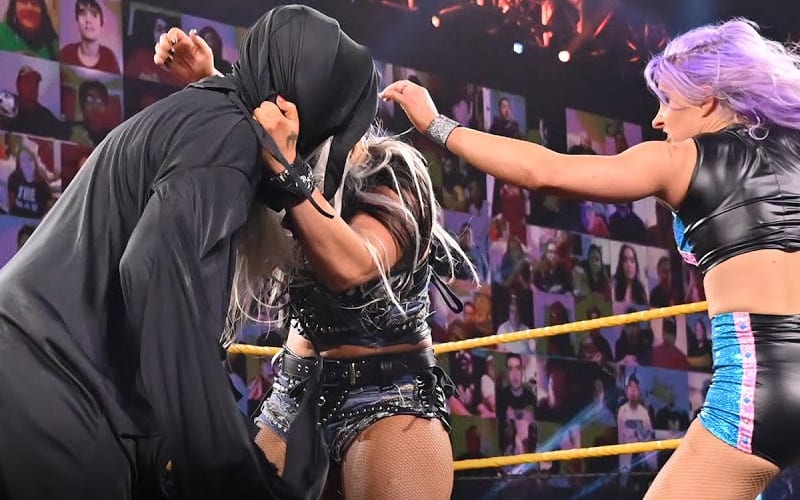 WWE NXT featured a big reveal this week as the Superstar in the Scream mask revealed herself. Indi Hartwell has aligned herself with Candice LeRae, but it was supposed to happen a while ago.

During Wrestling Observer Radio, Dave Meltzer explained that they didn’t even intend on having a Scream mask situation in their original plans. They wanted to reveal Indi Hartwell from the beginning, but she was forced to quarantine for precautionary reasons.

This was never meant to be a long-term storyline. NXT wanted to “hook Indi up with Candice at Halloween Havoc.” Now Indi Hartwell will be LeRae’s backup much like Raquel Gonzalez is for Dakota Kai.

NXT didn’t let the suspense go for too long before revealing Indi Hartwell as the masked Ghostface Superstar. They are now carrying on with plans as they originally had them after a COVID-19 situation in the Performance Center caused a quarantine.