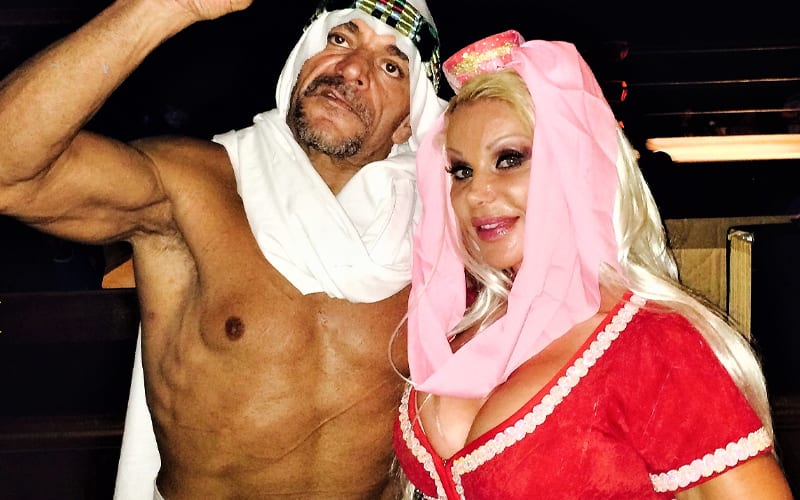 Super Genie had a terrible situation when doctors discovered several artery blockages in her leg. They were forced to amputate despite attempts to save it. She is now without a left leg from the knee down.

A campaign was set up to help with her medical expenses. Super Genie, who often accompanies Sabu, posted this GoFundMe and the description can be read below.

“The Super Genie” Melissa Coates is a trailblazer in the world of professional bodybuilding and pro-wrestling.    Throughout the 90’s, she competed in the International Federation of Bodybuilding, placing  highly in their Ms. Olympia and Ms. International events.  Due to her success, she was ranked 9th in the world in women’s bodybuilding.  Melissa was featured extensively in fitness magazines, including Muscle & Fitness, Flex, Muscle Mag, Muscular Development and Iron Man.

After retiring from bodybuilding, Melissa Coates trained with Hall of Fame pro wrestler, Killer Kowalski.  She would later compete in the WWE and throughout the independents.   Melissa currently performs as “The Super Genie” and manages legendary pro wrestler, Sabu.  They perform for various pro wrestling companies across the globe .

Recently, Melissa was experiencing excruciating pain in her left leg.  She was quickly admitted to the Emergency Department at the University Medical Center in Las Vegas, where doctors observed several artery blockages in her leg.  Despite several procedures to save her leg, doctors observed that the blockages were spreading.  Doctors determined that these blockages were life threatening.  Thus, doctors had no choice but to perform life-saving surgery, requiring the amputation of her left leg from the knee down.  As a result of this medical emergency, she has incurred substantial medical bills and will be out of work for an indefinite amount of time as she rehabs her injury.  She is currently in great pain but she remains positive.

We are therefore asking for any donations to help “The Super Genie” Melissa Coates during this difficult time.  Any donation is greatly appreciated!

Lance Archer is one of the donors so far. The Murderhawk Monster chipped in $100.