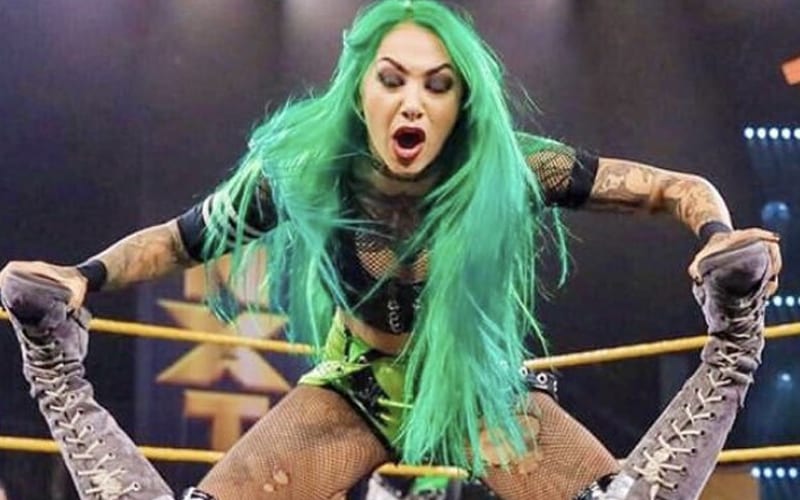 Shotzi Blackheart garnered a lot of attention in NXT as fans were captivated by her ball pit and brazen personality. She was also hard to avoid in the crowd during those pandemic shows as her green hair and extra enthusiasm made her stand out in the crowd.

Blackheart recently played along with a little internet game. The task was to describe what it’s like dating you without downloading any new photos. The ballsy Blackheart was certainly up to the task.

Shotzi Blackheart dropped four photos, and none of them were of her running over Robert Stone in her now-destroyed tank. She received some instant attention with this social media game.

You can check out the photos below. Obviously, Shotzi Blackheart will keep gaining attention for herself. Now fans have an idea about what it’s like to be a part of her personal life which seems pretty interesting as well.