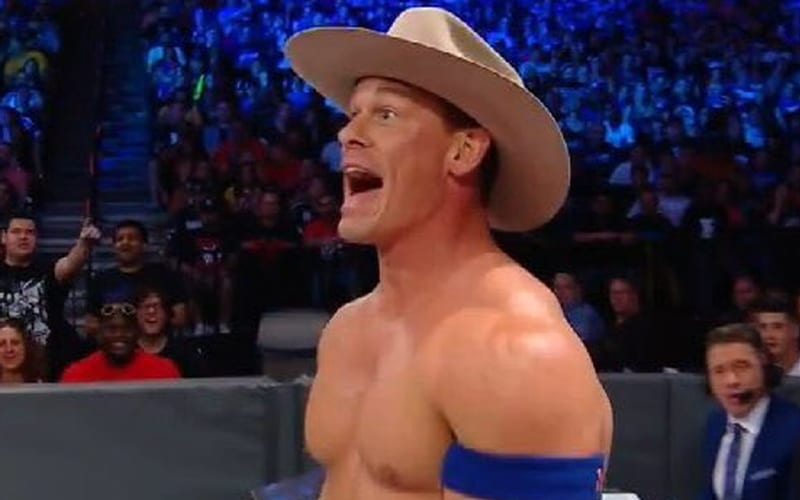 John Cena started off in WWE as a rapping Superstar slinging one-liners as he made his way to the ring. He transitioned that public persona in a big way and took over Hollywood. Cody Rhodes knew Cena back in their WWE days, and he values the time he spent with him, even if Cena was going through a “cowboy phase.”

During AEW Unrestricted, Cody Rhodes brought up John Cena, and he discussed driving him around. They spent a year making towns in the same car, and Cody saw Cena’s dedication first-hand. He also remembers John Cena’s “cowboy phase” fondly complete with Original Coors.

“John’s a great guy. I drove him around for a year. Super valuable learning experience. He was going through a cowboy phase when I drove him around. He was into Coors Original, the banquet beer — the golden Coors, and he was such a diligent hard-working guy. He was up at 6:00 AM every day legit squatting 600 pounds. He was just an absolute Olympic lifting monster. I have lost communication with him, but what a good leader, a wonderful individual, and I’m so happy he has blown up the way he has, because he’s been through such a journey.”

Cody Rhodes followed that story up by admitting that he isn’t sure how much of that would make the podcast. Aubrey Edwards was quick to remind Rhodes that they are “unrestricted,” so obviously the story was fine to put out there.

John Cena and Cody Rhodes had different career paths, and they aren’t in contact anymore. At least they can remember nights that apparently included many Coors.