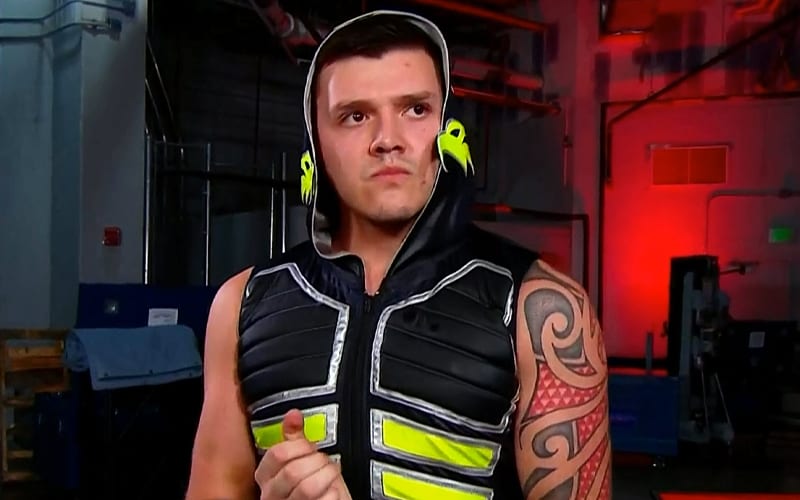 Dominik Mysterio debuted on WWE television with short hair, but he sported much longer hair for a long time, and he loved it. Those days with long hair came to a sudden end when he got trouble in school.

While speaking to Chasing Glory, Dominik explained that he loved having long hair. He played football, and he really enjoyed knocking someone down who didn’t expect it, especially coming from a long-haired boy nicknamed Goldilocks. Then he got caught with a knife at school, and his hair was cut as punishment.

“I did something in school I probably should not have done and my punishment was to get my hair cut off.  When I played football, I loved having the name Goldilocks because I would hit people really hard and they would not expect it from a kid with long blonde hair. I loved having my hair. I always had a love for knives since I was a kid. I didn’t realize I had a little knife in my backpack and one of my buddies had a bigger knife in his backpack and we were doing a trade on the bus. I went to the bathroom and I had the knife. I was admiring it. Someone walked in and he went and told us.”

Rey Mysterio explained his parenting technique after cutting his son’s hair as punishment. He explained that they couldn’t hit Dominick for getting in trouble at school, so they decided to take away his hair instead.

“What are we (Rey and his wife) going to do? I can’t hit him so we ended up taking away his hair which was really long at the time. My wife and I said, that’s what he adored at the time. Normally you take away something they really like and the hair was his look. For him, the hair was everything.”

If Dominik Mysterio never got caught with a knife at school he might have a much different look on WWE television to this day. There is still plenty of time for Dominik to grow out his hair, but he might need to get permission to change up his look too much at this point.