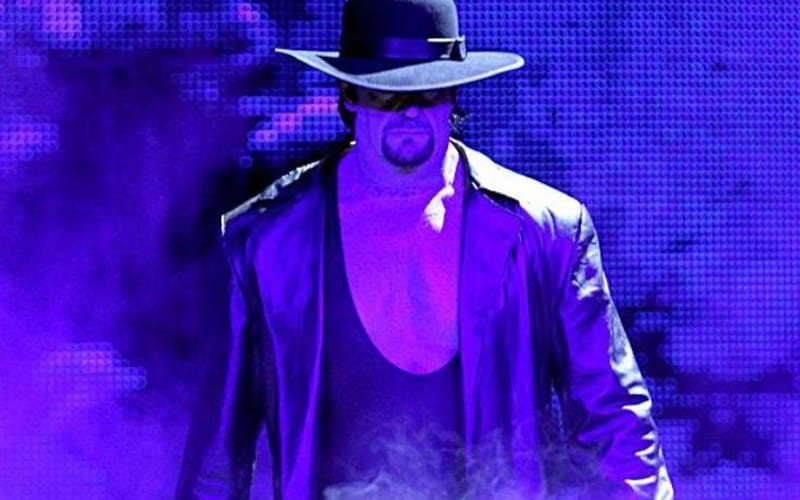 The Undertaker introduced a revamped version of his American Badass persona in his WrestleMania program with AJ Styles. That return of The Phenom on a motorcycle made a lot of fans very happy, and it brought back nostalgia as well.

While speaking to Extraaa Dhamaal, the Undertaker discussed his initial transition to the American Badass character. He felt “shackled” by the Deadman persona as he could not verbally battle with the likes of Stone Cold and The Rock. He needed a new edge, and the American Badass brought that. It was still extremely nerve wracking to take that chance and step out of his former mystique.

“It was extremely nerve racking because I didn’t know how the audience would accept it. I felt like I needed to make that change for a little while. One, just to freshen myself up a little bit. Two, when I made this move you had guys like The Rock and you had Stone Cold and all these guys that cut these promos. There was, I think the word I used best was, I was kinda shackled with what I could do.”

“I couldn’t compete on the mic without being able to lift some of the vale off the character a little bit always knowing that I wanted to go back but I needed to step out of it, kinda exhale and it shows some different things that the original undertaker couldn’t really do that made sense to the characters. So it kind of took all those chains off of me and freed me up to do all the things I wanted to do athletically and some of the promos I wanted to cut and kind of be that American Bad Ass guy. “

The American Badass eventually transitioned back to the Deadman character, but he did keep some aspects of that former gimmick. The Undertaker has been able to build on his presentation every few years to not only evolve, but keep himself fresh in the eyes of the fans.

The Undertaker is set to give his “final farewell” at Survivor Series on November 22nd.