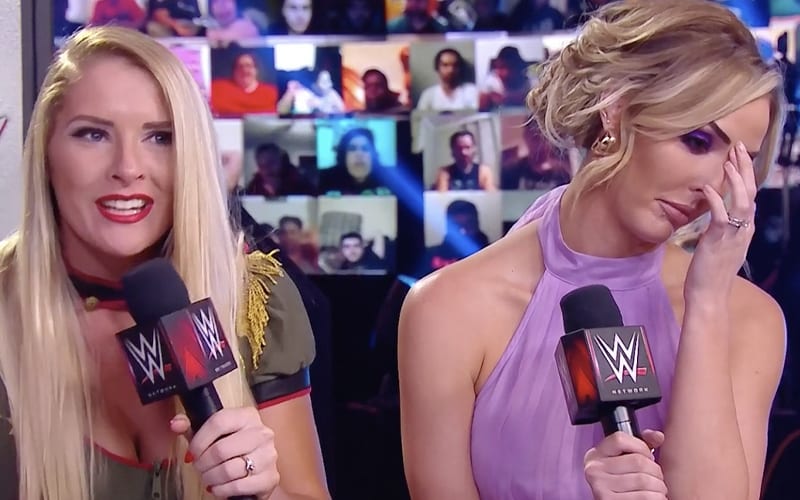 WWE broke up the IIconics, and they didn’t have much of a follow-up planned at all. The company sent Peyton Royce and Billie Kay off to different brands in the 2020 WWE Draft, and Royce is not a fan of her booking direction.

The company placed Peyton Royce in a tag team with Lacey Evans. She is not a fan of this decision at all. She tweeted out in response to WWE The Bump while saying that if WWE isn’t placing her back with Billie Kay then she is going to reject Evans as her new partner.

WWE The Bump asked fans to name Royce and Evans’ new team. Peyton Royce wanted to make it clear that they are not a team.

We are not a team.

I will only be in a tag team if it’s with Billie Kay. That’s it. The end. I’m dead serious.

Lacey Evans didn’t seem too shaken up by Royce’s tweet. “She’s dead serious, y’all, Evans tweeted back along with #BlessHerHeart.

There also isn’t much they can do about the situation because Vince McMahon calls the shots. You never know if an IIconics reunion is a future possibility, but Royce certainly isn’t game to replace Billie Kay any time soon.