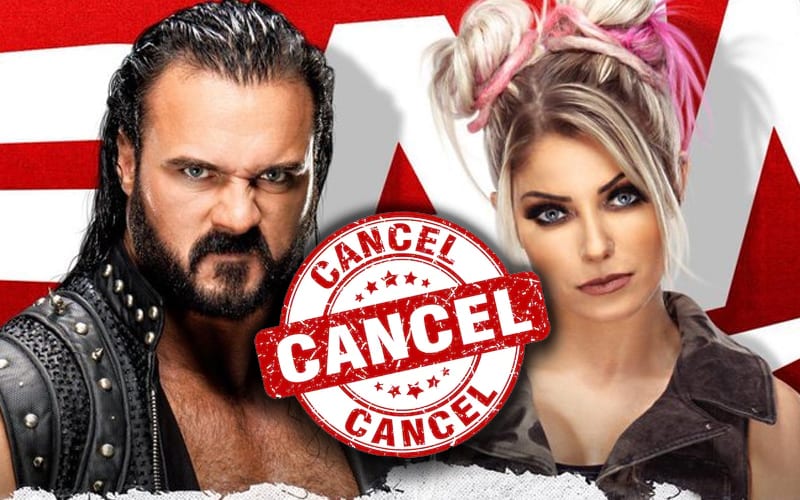 WWE promoted a Moment Of Bliss segment for this week, but they did not deliver. A lot of things can change backstage in WWE, and that segment was moved off the show.

Alexa Bliss appeared on RAW this week, but Bray Wyatt did not. He was certainly referenced. Nikki Cross told Bliss that she needed to decide between Wyatt and her. Bliss had zero trouble picking The Fiend over Nikki Cross.

PW Insider reports that the Moment Of Bliss segment with Drew McIntyre was simply a victim of the script changing around. They decided to go a different way with things, and another hosting segment was booked with Miz TV.

We might see Alexa Bliss welcome Drew McIntyre on her talk show soon enough. Drew McIntyre now has a WWE Title match against Randy Orton next week on RAW.