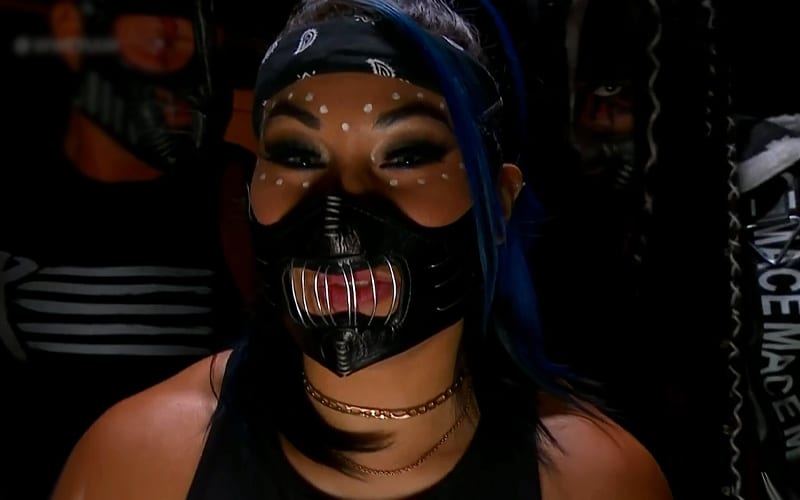 Retribution arrived in WWE, and their storyline has been quite a ride to watch already. They are hardly finished yet.

Reckoning jumped on Twitter and sent a message to anyone who wondered why they should join Retribution. She had some very good reasons, but if fans would rather remain sheep then that is their decision.

Remain ordinary, pathetic, beat-down, coasting through a miserable existence, like sheep herded by fate – or you can take control of your own destiny and join us, releasing the caged wolf you have inside.

Mace added his own contribution to Reckoning’s tweet: “Either way I eat.”

The Retribution story is far from over, and Reckoning plans on making herself a force in the women’s division. It seems that she has her sights set on Asuka, or anyone else standing in her way.