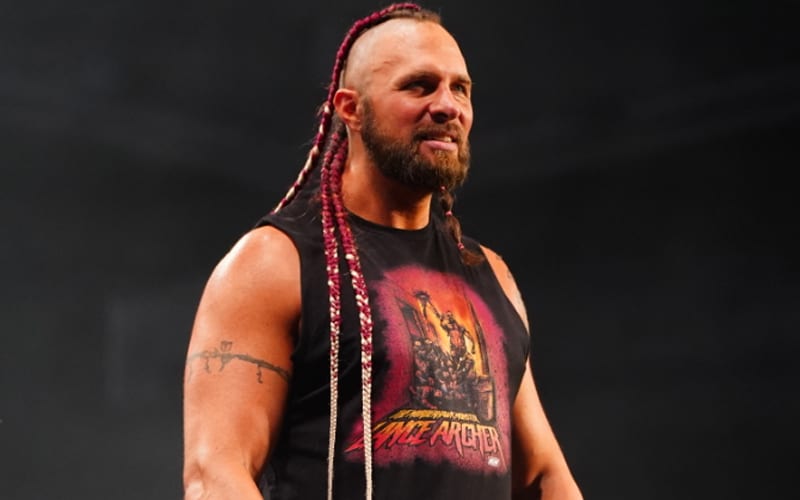 WWE Superstars all want their own WrestleMania moment. Sometimes that moment isn’t as grand as others. Lance Archer is in AEW now, but he spent time in WWE and earned his own moment on the grandest stage of them all.

While speaking to Chris Van Vliet, Archer discussed his time at WrestleMania 26. He was known as Vance Archer, and although he only received a spot in the kickoff show’s battle royal, it was still an incredible moment.

“I could be sour; I could be bitter about my time there but what good does that do me to help me move forward in wrestling or life of whatever? And that was a cool moment to be able to lace up the boots and walk down the ramp and get in the ring at a WrestleMania. It was the preshow battle royal that they would do pretty much every year. I remember Tyler Reks was a good buddy of mine at the time and he was right behind me when we were walking down the ramp and it was one of those moments, I think they said there was 72,000 people at Mania that year in Arizona and there was probably 30,000 or 40,000 in the building at that point because everybody’s still filtering in or whatnot while we’re doing this battle royal. I just remember they were playing the generic music as all the different wrestlers head down to the ring. It was a huge, huge, long ramp and it was one of those cool moments where I looked back at Reks and I was like ‘Bro, can you believe this?’ and he’s like ‘No, this is too damn cool’.”

Lance Archer didn’t get any more WrestleMania moments as his stay in WWE wasn’t very long at all. Now that he’s with AEW it’s very likely that he will continue receiving huge moments. He might not have an opportunity to work in front of 70,000 fans inside an AEW ring yet, but you also never know what the future will bring the always expanding company.