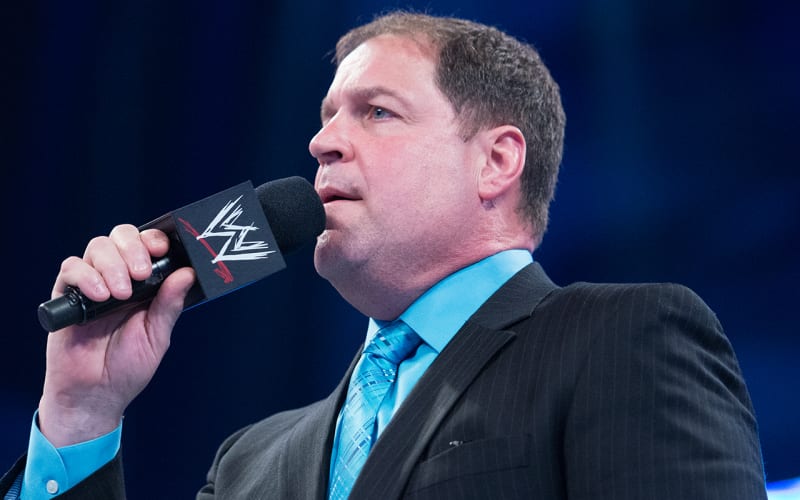 WWE made a lot of cuts in 2020, and now another famous name in the company is gone. Tony Chimel has been let go by WWE, but he wasn’t alone.

According to PW Insider, WWE let even more staff go on Friday. It was confirmed that the number is around ten to fifteen in total. “Mostly logistical and behind the scenes” staffers were cut.

Tony Chimel was among those who was released by the company. He has been with WWE since 1991, and he was well-known as an announcer on the SmackDown brand. In recent years he worked mostly behind the scenes.

There have been additional staff let go from World Wrestling Entertainment on Friday, mostly logistical and behind the scenes staff working out of Stamford, CT.  One source believed it was 10-15 staffers in total.

Chimel was also known for how he announced Edge and Christian to the ring, particularly the “Rated R Superstar.” We will continue to monitor this situation for any more names that WWE let go, but Chimel was one of them.