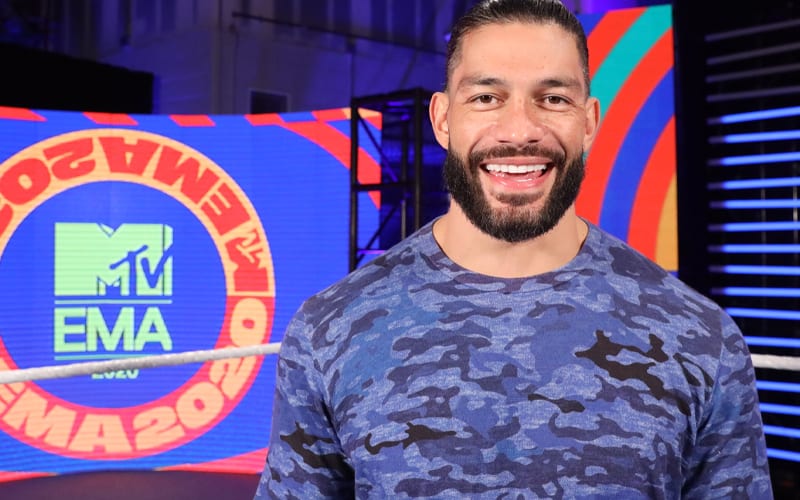 Roman Reigns couldn’t physically make it to the MTV Europe Music Awards, but he did appear. The Tribal Chief sent in a video where he revealed the Best Pop Award during the ceremony.

The current WWE Universal Champion is a major heel on television. That bad guy demeanor couldn’t be found as he revealed Little Mix as the winner last night.

Roman Reigns has appeared on MTV many times before, and has made it to their events. This time he had to send in a video, but with the hope of a COVID-19 vaccine in sight you never know if he might be able to physically make the event next year.

You can check out the video of Roman Reigns’ appearance at the EMAs below.