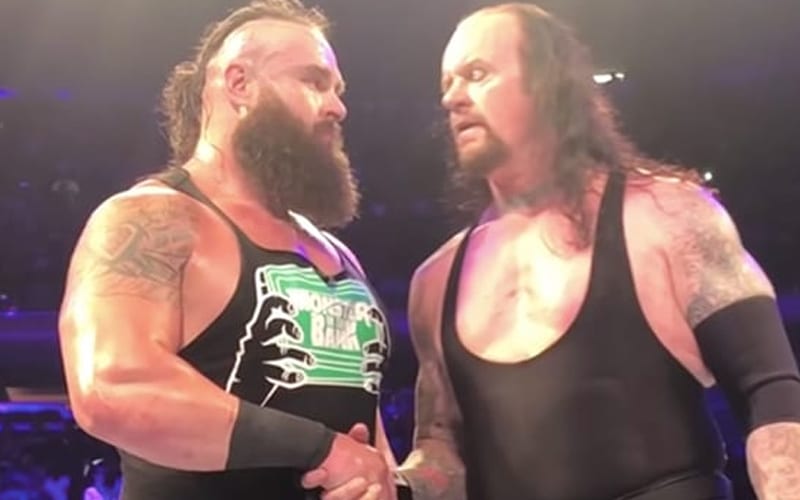 Braun Strowman entered WWE with a lot of potential, and The Undertaker realized what The Monster Among Men could do from the beginning. Since Strowman has established himself in WWE for years, he developed quite a relationship with the Deadman.

While speaking to TV Insider, Braun Strowman said that he doesn’t know what he did to get in The Undertaker’s good graces, but The Phenom has been keeping a close eye on what Strowman has been up to since he started. This provided Strowman with an opportunity to walk alongside giants in the industry as he learned the business himself.

“I met The Undertaker when I came to the Performance Center. Taker has kept an eye on me since Day 1. I didn’t know what I did to get in his good graces, but I’m thankful that he was willing and able to bring me under the learning tree. There are no more giants in this industry that are full-time working like I am. I feel like I am walking into some immense footsteps. I’m carrying this torch and want to represent it to the fullest. Taker is such an amazing man behind the scenes and such an amazing performer.”

“One of the big behind-the-scenes stories with me and Taker was him, Roman Reigns and myself were in the main event of a live event at Madison Square Garden. It was unbelievable being out there with “The Dead Man” in the most famous arena in the world. We get done with the match and he is talking with me and Roman. He goes, “It’s yours now boys. Enjoy it.” Just hear those words and having him look me in the eye and shake my hand is, words can’t describe it.”

Braun Strowman’s rise to the top of WWE was a slow build. There were also times when it was reported he was “his own worst enemy” backstage. Now the former Universal Champion is on RAW, and The Undertaker is still watching to see what he does next along with the rest of us.