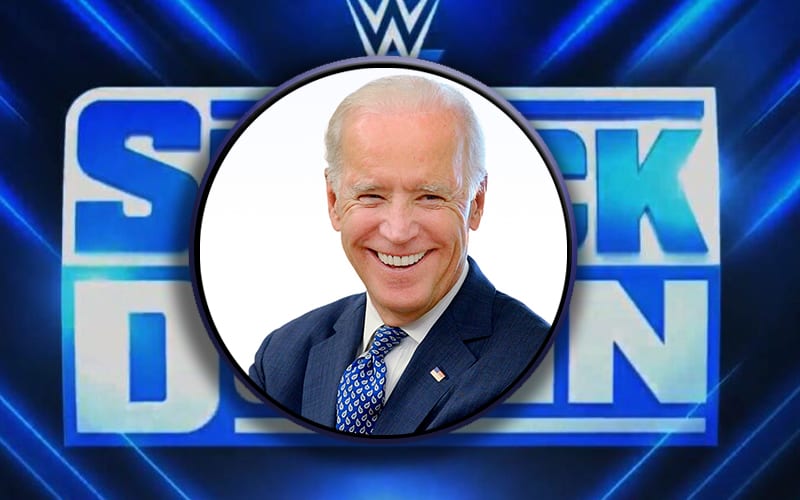 WWE SmackDown is scheduled to take place tonight on Fox, and they are planning to carry on with those plans. Another very important event is taking place in American history, and it might get in the way.

The US Presidential Election is taking up a lot of attention, and it is dominating the news cycle. Joe Biden announced that he plans to speak at 8:00 PM, the same time SmackDown starts.

WWE is carrying on with the idea that they will not be preempted. There is a chance that Fox will make the decision to preempt WWE’s Friday night show and air Biden’s speech. As of this writing, the show will air on Fox as scheduled.

If WWE is able to air SmackDown as scheduled it is very likely that their viewership will be demolished. Joe Biden’s speech is likely to garner The Nation’s attention. The company does have three matches announced for tonight’s show. You can check those out here.