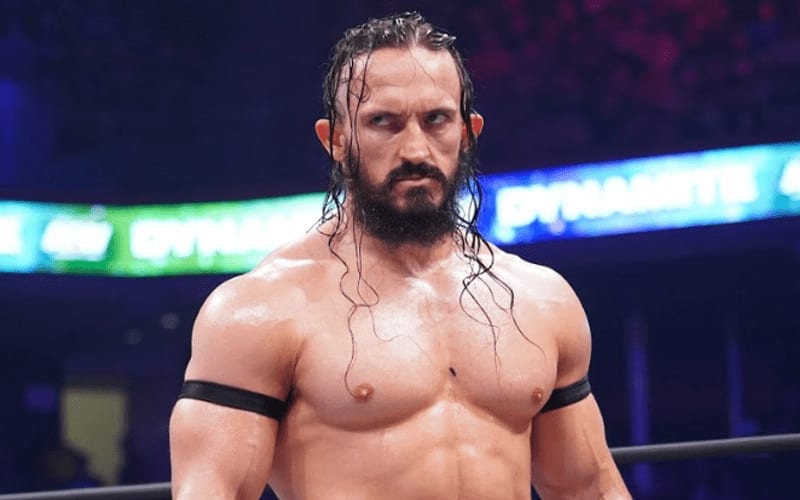 Pac went home after a normal week of Dynamite back in March, then he wasn’t able to come back. That was followed by a very long hiatus from action due to the pandemic keeping him in the UK.

AEW Dynamite aired a very interesting video package for Pac this week. He seems to have lost his mind while in isolation. That can happen to anyone, and it hit Pac hard. He’ll be back, but his situation is unique.

According to the Wrestling Observer Newsletter, the issue isn’t how to get Pac to the United States. Things would only be a bit tricky for Pac when he wants to return to the UK.

Regarding Pac, the issue isn’t as much getting him into the U.S. as getting him back. Every time he goes back he would have to go through two weeks of quarantine. But they do have something in place for him to return

Pac was in the Death Triangle with Penta and Fenix prior to his AEW hiatus. Those plans were dropped, and everyone is in a different place right now. Pac will be back on AEW television, but they are obviously going to need to work something out.