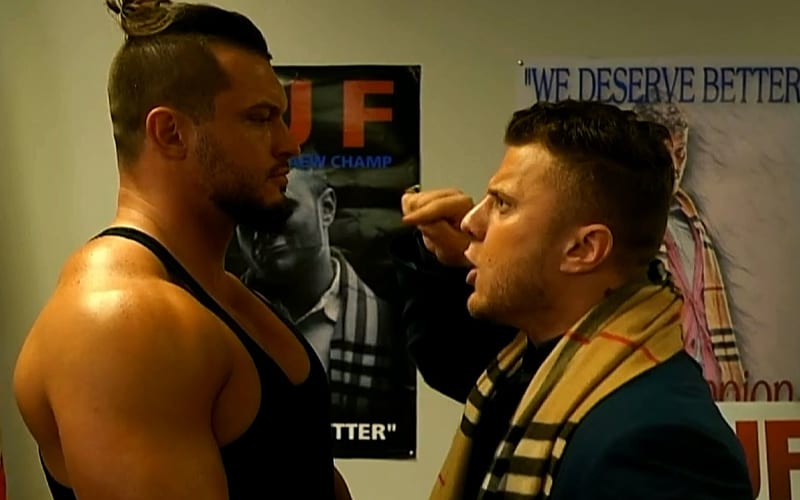 MJF introduced Wardlow as his associate, a huge Cleveland native who acts as his bodyguard. Wardlow has stayed loyal to MJF so far, and he’s paid for it as well.

While speaking to Fightful, MJF revealed that he gets half of Wardlow’s “winner’s purse.” He believes that Wardlow can be a top guy, but right now his only job is to protect the Salt Of The Earth.

“I make of the fact that I book his matches because he is under contract with me and I enjoy getting my half of his winner’s purse. Maybe I shouldn’t tell you guys how much of his winner’s purse I get, but the bottom line is he should be very proud of himself. He’s doing a hell of a job. One day, I firmly believe that he can become a top guy. That time is not now. Right now he has one job and that job is that he protects me. If he comes with me to the Inner Circle, which he will, he will need to protect the Inner Circle as well. Wherever I go, he goes. That’s his job.”

MJF carried on to explain just how much of Wardlow’s contract is under his control. He said that Wardlow “essentially” owes his entire house to MJF and what he has done for him. This is why Wardlow must do as MJF says.

Wardlow seems to have markings of a babyface all over him. AEW has allowed cracks to form between MJF and his large protector, but the two have remained a solid team.

Everything could change at AEW Full Gear. MJF has a match against Chris Jericho with an Inner Circle spot on the line. There is nothing in that stipulation about a spot for Wardlow, so he might be on his own soon enough. MJF seems confident that Wardlow will be around to help him out even if hes a member of the Inner Circle.