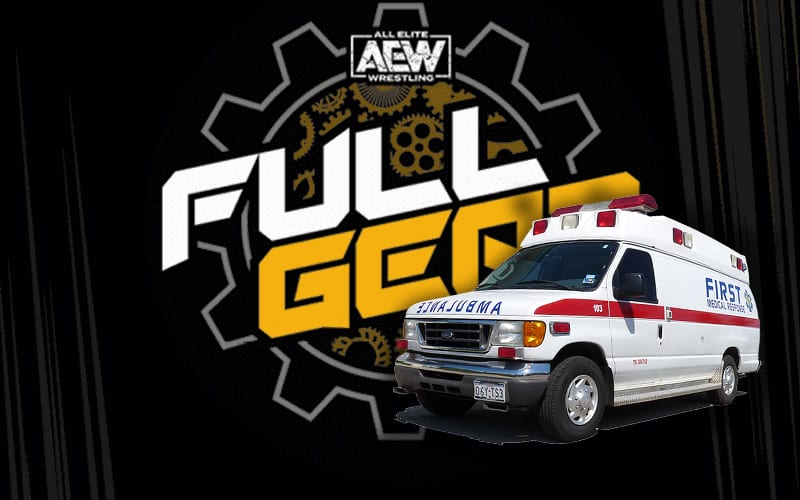 AEW Full Gear is this Saturday and we will have full coverage here at Ringside News. The Young Bucks are battling FTR on the pay-per-view, but one Young Buck will be limping into that contest.

During AEW Dynamite, they played off of a real injury that was suffered weeks ago. Matt Jackson sold his leg during The Young Bucks’ match against Private Party. It was explained during Wrestling Observer Radio that AEW is using a real injury that Matt suffered in this storyline.

“He as a partially torn MCL, and a thinning of the ACL which is considered a tear and that’s why he has the ankle injury,” Bryan Alvarez stated. This was followed by Dave Meltzer confirming that they are playing off a legitimate injury from where he took a dive on the stage a couple of week ago.

The Young Bucks beat The Butcher & The Blade by performing stereo dives off the stage. Matt Jackson apparently suffered an injury during that spot and that is what they are referencing through this injury. It seems that Matt Jackson is milking that injury just as he did with his back issues while he was with NJPW and ROH.

Matt and Nick Jackson are still set to take on FTR at Full Gear. Odds are that leg injury for Matt Jackson will come up during the contest.