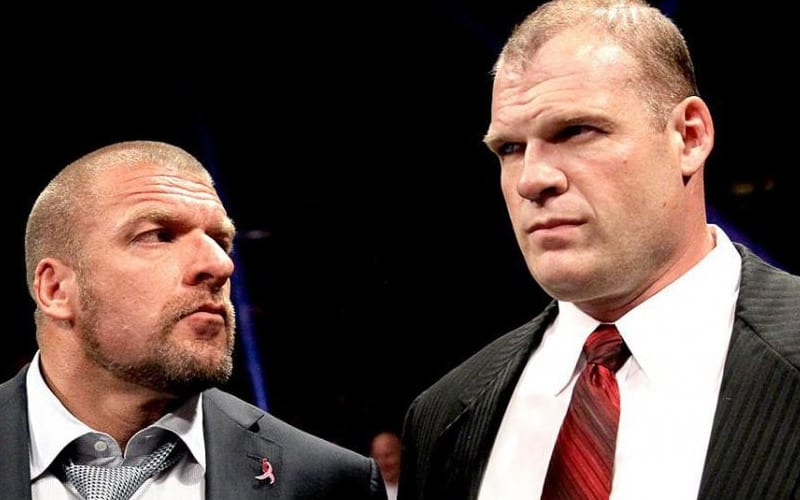 Kane is Mayor of Knox County, Tennessee, but that’s not the first time WWE fans saw him wear a suit. He went as Corporate Kane while he was aligned with The Authority. That was a character transition that Arn Anderson didn’t like at all.

During a recent episode of ARN, The Enforcer said that Kane’s corporate persona didn’t seem believable. He said that you can’t go from wrestling as a monster to working in a suit. It just didn’t work for Anderson despite how long WWE kept up the gimmick.

“I wasn’t a fan of corporate Kane. When you have been made a monster to the degree that Kane had over the years and the performance he was able to give as a six-foot seven, 310-pound guy to go out and perform at the level he does, he is something special. I don’t think you can float between being a suit and being a monster. It’s a little bit out of my stretch of believability.  Plus when you have Kane out there doing physical things and fighting in a nice suit and you have Kane dressed up really well, he looked good. Fighting in a suit is going to take away some of the things you can do physically.”

Kane’s monster character did return, but fans will always remember Corporate Kane. His alliance with Triple H, Stephanie McMahon, and Seth Rollins made him a real hurdle for all babyfaces to leap over while they were vying for the WWE Title that firmly around the Architect’s shoulder.