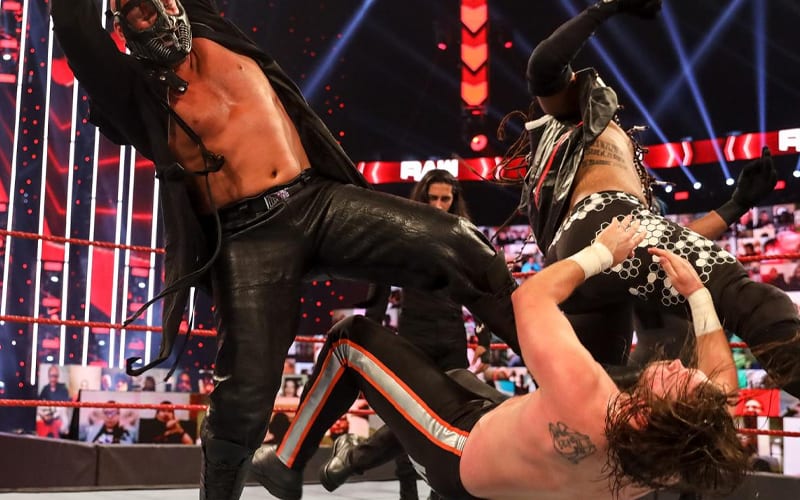 Retribution is all about righting injustice and giving a voice to those who were previously disenfranchised. Tucker turned on Otis, and that didn’t make Mustafa Ali very happy.

During RAW Talk this week, Mustafa Ali said that he had Retribution attack Tucker because he turned on Otis. This is something that makes sense now, but it wasn’t always the plan at all.

A theory was started on Reddit by user New Japan’s True Ace that Mustafa Ali has been a white knight this entire time. He was the SmackDown hacker who helped expose Sonya Deville betraying Mandy Rose along with Dolph Ziggler’s scheme against Otis.

Now it is proposed that WWE is circling back to that idea. Ali admitted that he was the hacker recently. It might be nice to believe that WWE had this all planned out, but that’s not the case.

Mustafa Ali’s hacker gimmick was dead in the water when he moved to Raw. Click here for an in-depth report about what really happened. Essentially, Vince McMahon didn’t like any of the hacker ideas for the red brand so the angle was dropped.

Now Mustafa Ali is the leader of Retribution, and they decided to have him admit that he was the hacker to tie up loose ends. WWE is not booking very far in advance at all, especially with a storyline that seemed to struggle so much in recent weeks.