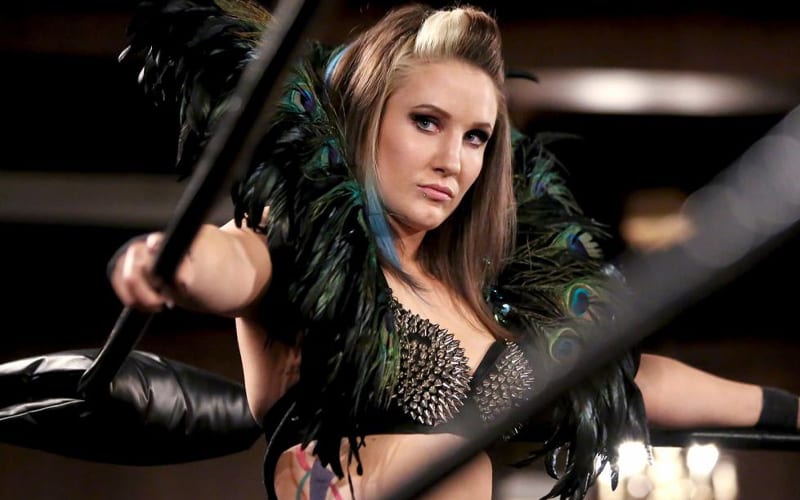 Allysin Kay was a featured performer for the NWA, but that time in her career is over for now. She revealed on social media as the clock stuck midnight on November 3rd that she is officially a free agent.

Kay, who wrestled as Sienna in Impact Wrestling, thanked the NWA for the opportunity. She is a former two-time Knockouts Champion and one-time NWA Women’s Champion. She is now moving on from the company where she had the favorite match of her career.

As of today, I am officially a free agent.

Thank you to the NWA for the opportunities, which included one of my favorite matches of my career.

I am open for indy bookings & appearances. Let’s get weird.

We’ll have to see where Allysin Kay ends up next. There could be interest in her services elsewhere. The pro wrestling world has plenty of opportunities for her, but as of this writing we have yet to hear about any explicit interest.

Right now it appears she is looking to take some indie bookings. Odds are fans will continue to see Allysin Kay wrestle for a long time to come.