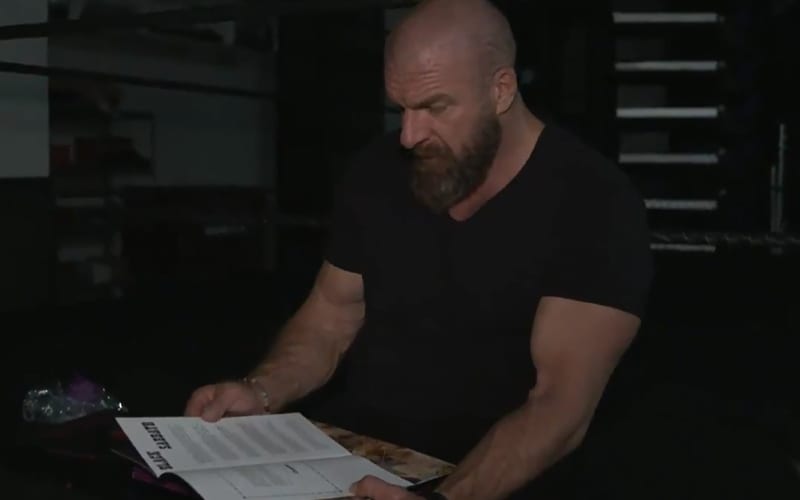 Black Sabbath is celebrating the 50 year anniversary of their Paranoid record, and they know that Triple H is a fan. The band wanted to make sure that The Game had a very special gift, and he was honored to receive it.

Triple H received a gift from Black Sabbath and WWE had a camera there to capture his reaction. He said that growing up Black Sabbath was one of the most influential bands of his childhood, and he was blown away to receive the gift.

While flipping through a large book full of band photos, news clippings, and other pieces of history, Triple H said “I can’t wait to look through this” when he has more time.

Triple H has been fortunate enough to meet and become friends with some of his childhood heroes. It seems that this kind of thing never gets old as Triple H received a special gift from a band who helped write the soundtrack to his life.