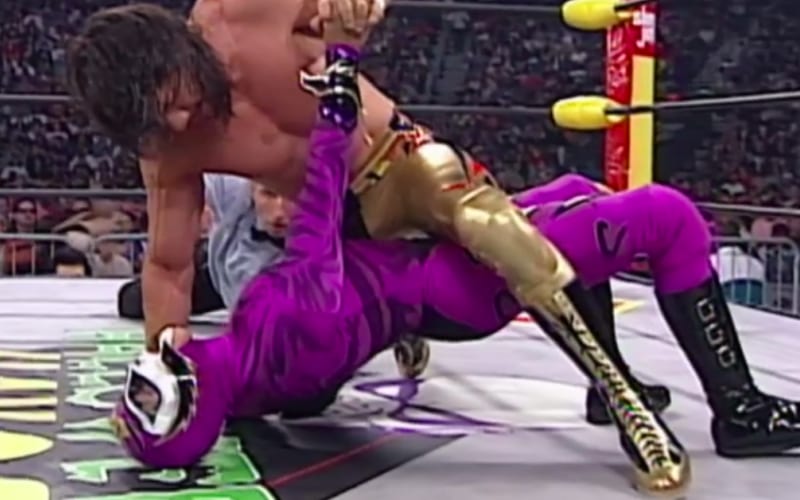 Eddie Guerrero left this world far too soon. His legacy is still lauded to this day, and he is widely considered one of the greatest ever. His friend Rey Mysterio had some incredible experiences with Latino Heat including one match that is still considered as a landmark contest.

Eddie Guerrero and Rey Mysterio met at WCW Halloween Havoc in 1997. Mysterio recently opened up about that match on WWE The Bump. This was an incredible encounter, but they didn’t have as much planned as you’d think. In fact, when Mysterio asked Guerrero what they should do, Eddie just told him to “open your ears and listen to me.” That was all they needed to make magic.

It’s very special! On Monday, we celebrated 23 years [since] that match; it brought back a lot of memories. I knew Eddie very well. I had the opportunity to share the ring with him three or four times. The connection was already there without a doubt because I had the opportunity to work Eddie in Mexico. We already knew our styles, but the meaning of that match and the tension going into the ring that night was on another level. I had the weight of having my mask taken off. The decision was changed, [but] I was nervous as hell. I asked Eddie, ‘What are we going to do?’ He said, ‘Aw Rey, just open your ears and listen to me.’ A lot of things that happened that night and the magic we created was on the fly. That’s what makes it even more special.

Eddie Guerrero’s memory lives on through those he inspired during his life. The world would be a much different place if he was still with us. Those lasting impressions Eddie made during his time on Earth will never be forgotten. Rey Mysterio and so many others who champion Guerrero’s legacy will certainly make sure of that.