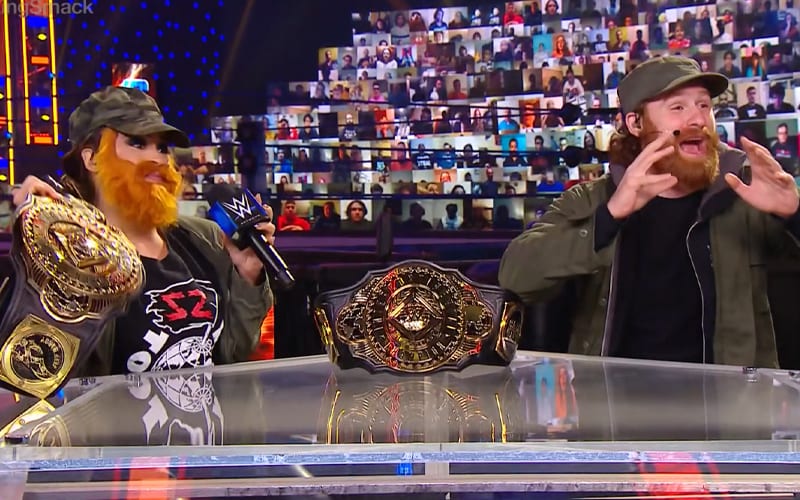 Kayla Braxton and Sami Zayn hosted another episode of Talking Smack this week, but it looked like Zayn pulled double duty. Braxton came out looking like the Underdog From The Underground, complete with IC Title and beard.

Sami Zayn started off the show by himself. He was very happy to not have Kayla Braxton in his ear. Then Braxton made her entrance complete with an introduction from WWE ring announcer Greg Hamilton.

Zayn said that was so angry all he could do was laugh to keep himself from smashing everything on the set. He was furious that was the reason why Kayla was late. Obviously, they were having a great time. Braxton seemed to thoroughly enjoy mocking Sami Zayn’s Canadian accent as well.

Kayla Braxton commented on the clip saying that she’s a “better Sami than Sami.” Zayn then told her to delete her tweet. It’s not likely that she will.