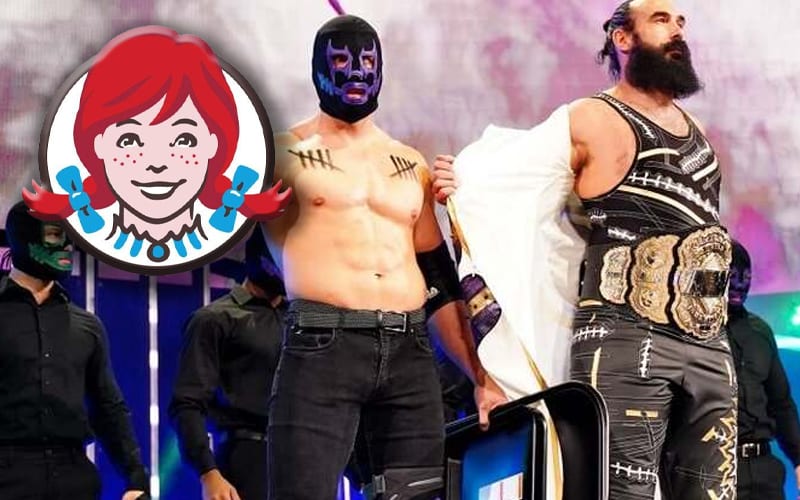 Wendy’s has a social media team who knows how to react when a pro wrestler ends up on their timeline. Chris Jericho recently threw out a mention to them and it led to an invitation to join the Dark Order.

One fan tweeted out saying that was his birthday. He tagged a bunch of his “favorite people” and asked for a retweet or shout-out. Le Champion saw that tweet and replied saying: “Well I’m not Wendy’s… but happy bday anyway.”

The Wendy’s account replied asking: “Are you saying you want me to join the Inner Circle?” Jericho didn’t respond, but Evil Uno was there with another invitation: “Want to #JoinDarkOrder?”

Wendy’s replied asking: “Can we be Number 444? It will be nice to make sure Johnny is no longer Hungiee.” John Silver appreciated this response and said that Wendy’s “knows what’s up.”

Mr. Brodie Lee has yet to approve this new addition to his stable, but it would be hard to turn down free square cheeseburgers.