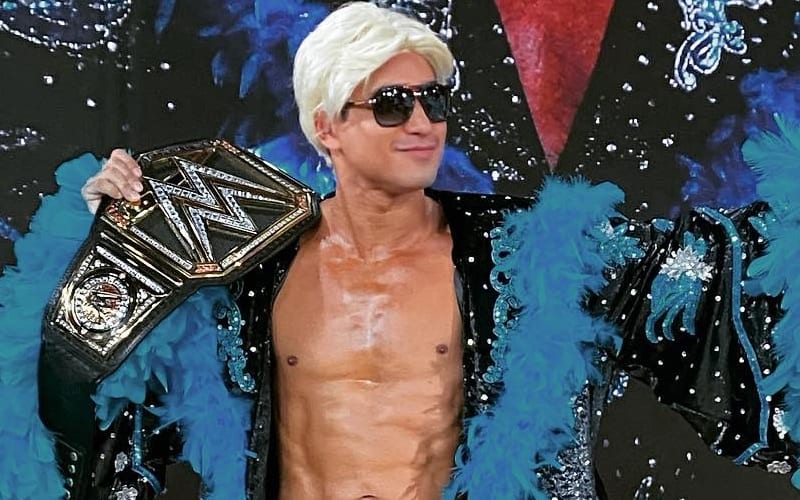 Mario Lopez is a WWE fan, and his kids obviously watch as well. The Saved By The Bell star posted a couple of photos that brought a lot of attention.

Lopez went as Ric Flair while his children dressed up as Bray Wyatt’s Fiend, Sasha Banks, and Otis. They got the costumes down with some very impressive details including a mini “Ham And Slam” t-shirt for Lopez’s son.

WWE also noticed Mario Lopez’s fandom as they quote retweeted both posts of Lopez and his children. This was a pretty impressive set of themed Halloween costumes.

You can check out the photos out below. Trick-or-treat might be cancelled depending on where you live, but nothing is stopping you from trying to top these great WWE looks.