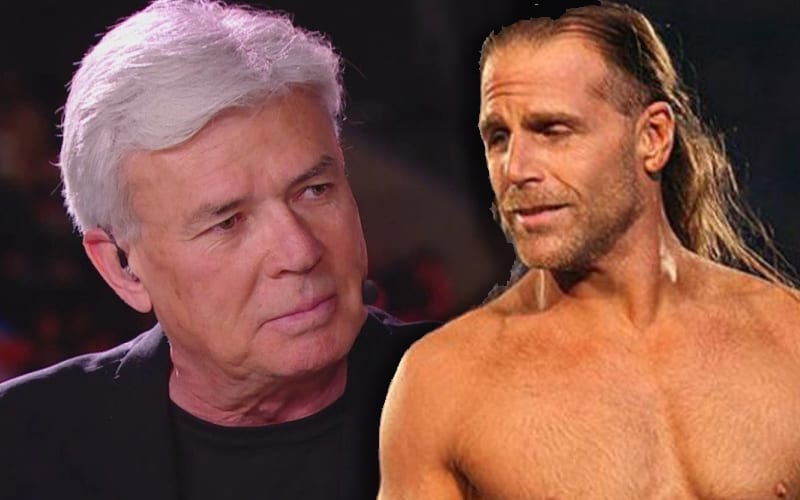 Shawn Michaels is a two-time WWE Hall Of Famer, and WCW never gave him a call during the Monday Night Wars. There are a couple reasons why World Championship Wrestling never reached out to HBK.

During 83 Weeks, Eric Bischoff was asked if he ever considered bringing Shawn Michaels to WCW in 1993. He explained that not only did WCW not have the cash to spend on a bigger name, but the Heartbreak Kid also had quite a reputation already for being hard to work with.

“Shawn had a reputation for being difficult to work with. When you reach a certain level of success in the entertainment business, there is a tendency to become a primadonna. I think that was Shawn Michaels’ reputation. I don’t remember anybody even suggesting for a minute to bring Shawn in. I like Shawn Michaels and I have a ton of respect for him. I think Shawn would say that during this period of time that he was distracted with a lot of bad habits and probably wasn’t at the top of his game mentally or emotionally. You have to remember WCW in 1993 didn’t have a lot of cash laying around. There was nobody in 1993 in Turner Broadcasting, Ted Turner included, that was going to write any big checks. WCW was broke in 1993.”

Shawn Michaels is in a much better place in his life now, but his days in the ring are well behind him. We’ll never know what would have happened if Shawn Michaels didn’t have the reputation that he did, but it likely wouldn’t have changed WCW’s financial situation when they were just getting the wheels in motion.