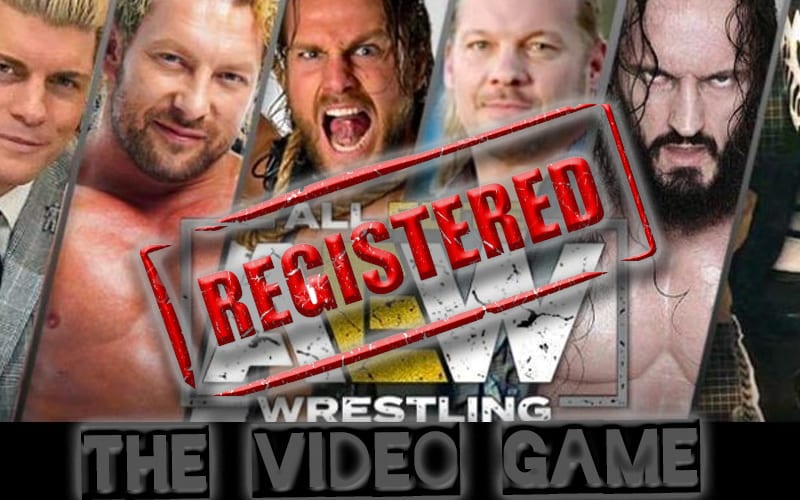 AEW is working hard to get a video game completed, but it is quite a task. Kenny Omega is overseeing the project and he has updated fans on the status. An AEW video game is coming, but they want to do it correctly.

According to Heel By Nature, AEW registered a trademark for “AEW Games” on October 23rd. There are two separate classifications in the filing. They registered it as a video game, and also as an entertainment service.

The first filing includes uses such as: “Video game discs; Downloadable game software; Downloadable video game programs.” The second includes the specific wording: “The mark consists of the letters AEW inside a box or rectangular design alongside the word GAMES.”

There has been no official word on an AEW video game yet, but they are obviously getting something together. Now it appears the company is making everything legal to prepare for their next steps.